Kilmore suffered a COVID-19 outbreak of six cases in the past week after a Melbourne man dined in at Oddfellows Cafe, leading to Mitchell Shire residents queuing for testing and several of the town’s businesses opting to temporarily close their doors.

The sixth case was reported on Saturday and confirmed to be a customer of the cafe, with the remaining five cases including the Melbourne man, his relative, two Oddfellows staff members and one of their relatives.

The outbreak came after a Melbourne man who contracted the virus from the Chadstone Shopping Centre outbreak visited Kilmore using a worker’s pemit on Wednesday, September 30, and went against State Government restrictions to dine in at Oddfellows Cafe.

Oddfellows Cafe owner Kim Short said it had been a stressful, exhausting and emotional week.

“We’ve had enormous amounts of support, not just from the Kilmore community, but from the whole of Australia,” she said.

“We’ve had a lot of people offering to buy vouchers and coffee cards, it’s been very overwhelming.

“I think my staff are very good with their face mask wearing and hygiene so I was surprised that either of them got it but in saying that, I think it has helped protect our customers from it going further than the one customer.”

Ms Short said every staff member of both Oddfellows and the Rose Cafe, which she owns, were in quarantine. 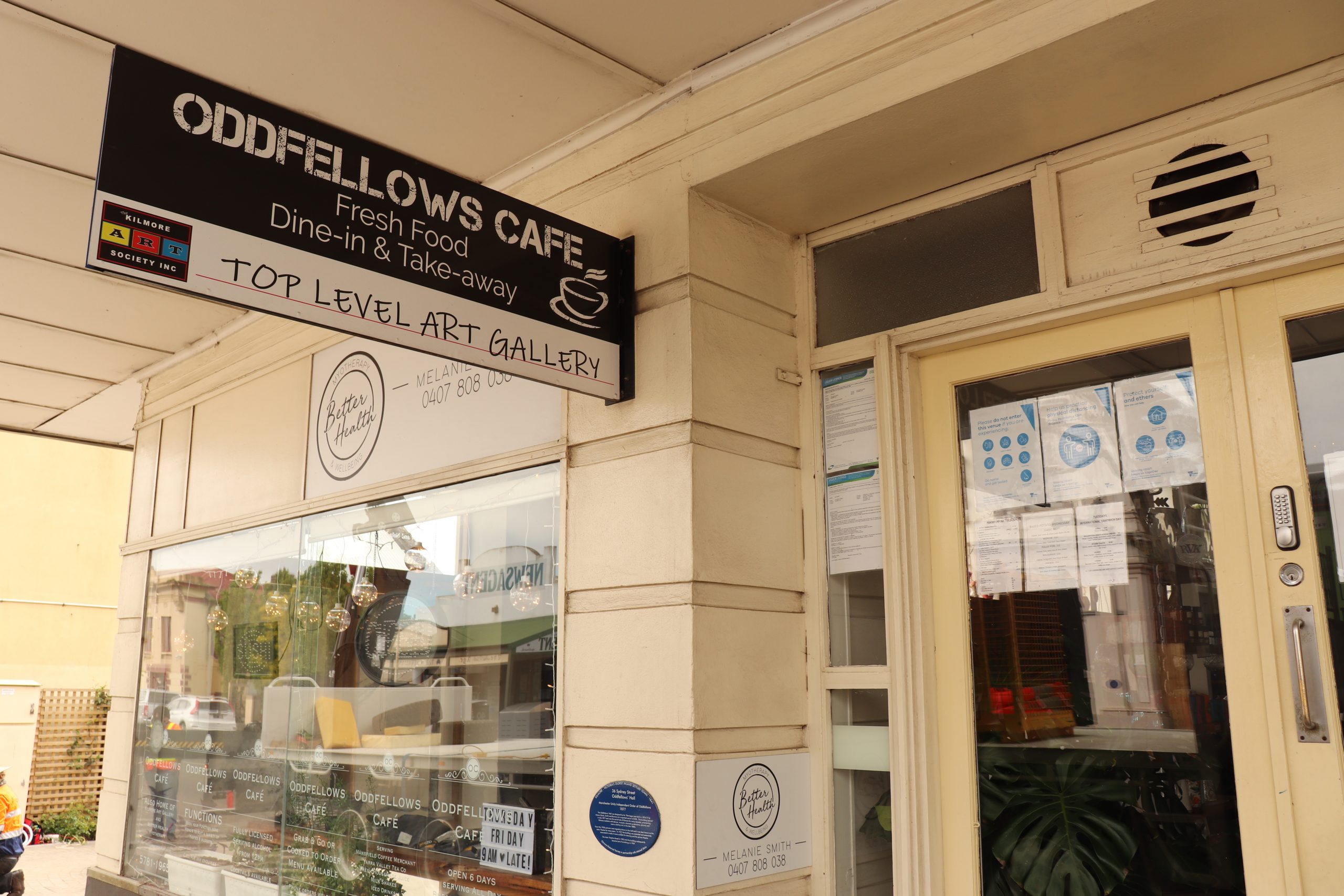 The Department of Health and Human Services advised anyone who visited the cafe between September 30 and October 3 were classified as potential close contacts and should come forward for testing, even those without symptoms.

More than 700 people presented for testing last week at Kilmore’s two sites, The Kilmore and District Hospital and a pop-up site at Kilmore Soldiers Memorial Hall.

Meanwhile, nearly 300 people, both customers and people in their household, were in self-isolation on Friday.

Premier Daniel Andrews thanked the Kilmore community on Saturday for coming out and getting tested in such great numbers.

“In a community the size of Kilmore, to have 724 people come forward and get tested, I want to thank each of them personally and thank that community for the way in which they have worked so closely with our public health team,” he said.

“That’s been a changing set of circumstances as a more complete picture has become known to us and the local community has done an amazing job in being as cooperative and as invested as we need them to be in pulling this up.”

In response to the Chadstone and Kilmore outbreaks, the State Government introduced new testing requirements for close contacts of people with COVID-19 on Sunday.

Under the new requirements, which came into effect Sunday night, those identified as close contacts by the Department of Health and Human Services must get tested on day 11 of their quarantine period or thereafter, or they will have quarantine extended.

The new requirements are designed to help identify whether it is safe for a close contact to be released from quarantine without the risk of infecting other people.

In the limited circumstances where a close contact does not agree to take the coronavirus test, they will remain in quarantine for a total of 24 days from their last exposure to the virus to ensure public health is maintained.

Close contacts are identified by DHHS contact tracing teams, after they determine who a positive case has been in contact with while they were infectious.

The government has also announced regional businesses must check customers’ identification to determine they are not from metropolitan Melbourne.

Chief health officer Brett Sutton addressed the Kilmore outbreak on Friday and the confusion surrounding whether or not close contacts and even contacts of contacts need to isolate.

Professor Sutton said the DHHS was taking a more precautionary approach by isolating contacts of close contacts because they were potentially exposed people that may develop illness within 14 days of exposure.

“What we’re doing with those contacts of contacts is recognising that when a close contact becomes positive or develops symptoms, they’ve actually been infectious for the 48 hours before they develop symptoms and maybe three or four days before they got that positive test back,” he said.

While many shops in Kilmore have closed to protect staff and help limit the outbreak, Prof Sutton said the risk to those businesses was very low.

“I don’t think the risk to those businesses is very substantial at all but of course they’re weighing up what it means to be closed for a longer term if they have a staff case and additional staff cases so I would leave them to make that call,” he said.