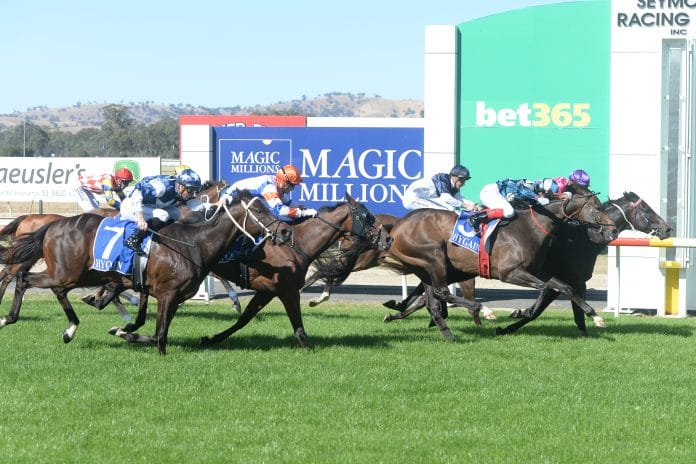 As a result of the transfer, the schedule meeting for Kilmore on Tuesday, October 20, has been transferred to Wodonga so Kilmore Racing Club is able to host the Seymour meeting two days earlier.

Kilmore Racing Club chief executive Ben Murphy said the club was empathetic to Seymour about not being able to run its cup at Seymour.

“We are rapt to be able to work with Penny (Reeve, CEO) and Seymour Racing Club to repay the favour in hosting their cup in 2020 after they were so gracious in hosting the 2019 Kilmore Cup at Seymour,” Murphy said.

Trackside will be open in line with current government restrictions, and bookings are essential.

Murphy said regional owners with horses running on the day would be allowed on track.

“We are currently working through what that looks like for us,” he said.