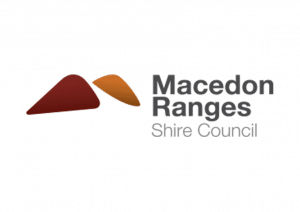 SIXTEEN new candidates will enter the race for Macedon Ranges Shire Council, as nominations are now final for October’s election.

Five of the previously standing councillors will contest again for their seat in council, making for a total of 21 candidates who will battle it out until the election – each of the three wards has three vacancies.

Bill West, Henry Bleeck, and Natasha Gayfer have all raised their hand for another term in the east ward, along with previously elected mayor Janet Pearce and Jennifer Anderson who will contest for their places representing the west ward.

The south ward seats will all be filled with new faces, Rob Guthrie, J.S. Amenta, Dominic Bonanno, Anne Moore, Adrian Gauci, Graham Hackett, and Christine Walker as no previous councillors in the ward will stand again.

Voting in council elections in Victoria will be by post this year and ballot packs will be sent to enrolled voters from October 6 to 8.

Voting will close on Friday, October 23 at 6pm.

The ballot packs will include a ballot paper attached to statements and photographs by candidates in the voters’ wards, a ballot paper envelope, voting instructions, and a reply-paid envelope.

To return the completed ballot paper, voters must include the ballot in the paper envelope, and use the reply-paid envelope, or hand deliver it during office hours to Kyneton Mechanics Institute at 81 Mollison Street, Kyneton before the closing date.

Voting is compulsory for all voters enrolled on the state roll at 4pm on August 28, and fines may apply if voters do not comply.

For more information, or for help voting, call 1300 116 415 or visit the Victorian Electoral Commission website at www.vec.vic.gov.au/voting/2020-local-council-election/elections/macedon-ranges-shire-council

Scouts on the airwaves