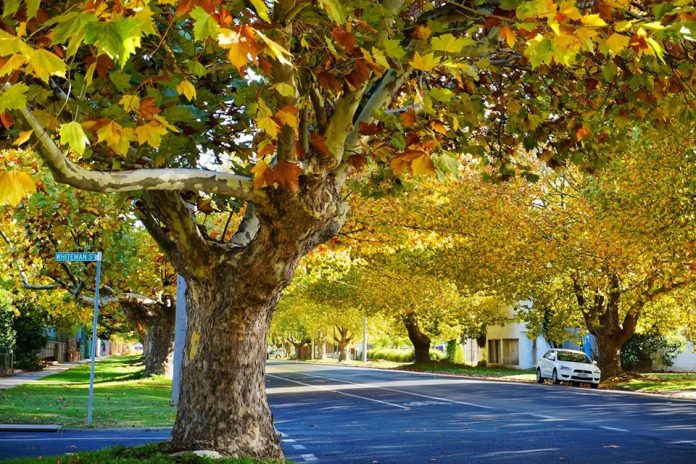 The north ward councillor said the boulevard of plane trees was ‘much-loved’ by many residents with a beautiful display of autumn colours known to attract people.

However, on one side of the street, the trees have been drastically pruned to make space for overhead powerlines.

“Anyone who’s been through Seymour usually approaches through Tallarook Street, which used to get around 600 cars a day coming through pre-COVID-19, and they would notice the trees that line both sides of the road and notice about halfway along, suddenly there is severe pruning,” she said.

“Along the rest of the street, there are quite large branches and it’s quite a nice avenue.

“The reason for the severe pruning is the electrical cables which run through the trees on one side of the street so I’m seeking a report on the options available to us.”

The initial estimate of the cost to relocate the cables is between $1.7 million and $2 million, while the annual cost of pruning the trees is $15,000.

North ward councillor Fiona Stevens said she was pleased to see the motion.

“For those that live in the area, not just those that visit, it breaks our heart every time these trees are pruned,” she said.

“They look quite ridiculous and there’s always a wonder if they’re going to fall over because they’re always so unbalanced.

“I look forward to the results of the officers’ inquiries because it’s not just above the trees.

“That’s the problem – it’s the roots of the trees also so any underground cabling is not going to be easy, but it’s certainly something that needs to be looked into and hopefully once our options are identified, we could look at how it, could possibly be funded.”

A vision for Mitchell