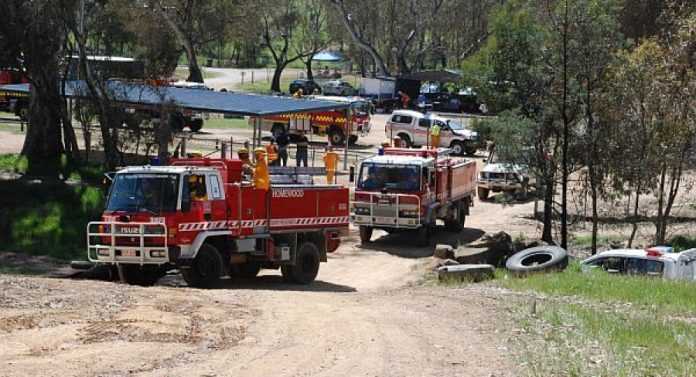 COUNTRY Fire Authority brigades across Mitchell Shire have shared in $4.8 million of fire-fighting equipment and training programs distributed across Victoria.

The equipment was purchased with the aid of community donations made during the recent bushfire season.

Brigades were able to request items from a CFA list that included equipment such as thermal imaging cameras, remote-area lighting, quickfill pumps and rearview cameras.

Among the equipment and training earmarked for brigades across Mitchell Shire is:

CFA district 12 assistant chief fire officer Rob van Dorsser said the equipment would be gratefully received by each of the brigades.

“It’s fantastic to have these donations,” he said.

“It’s helping the brigades get some of the equipment or supplies that they need and it recognises them as a unit.

“It’s also about improving health and safety and the wellbeing of the members.

“Thermal imaging cameras are to help us make sure fires are out. They’ll reduce the amount of time that we’re on scene and make sure we’re effectively using the water in the right locations.

“The licence testing is because in the past there used to be a reduction in fees for CFA members, but because of the changes in qualifications and expectations in licencing, it has become rather costly and our budgets haven’t allowed people to continue to get that.

“To have more members with licences will again improve their ability to respond.”

More than a third of the $4.8 million total funds came directly from a community fundraiser for the CFA during the bushfire season – $1.8 million generated by private citizen Jodie Silva through a Facebook fundraiser.

Ms Silva said she had created the fundraiser to ensure there was a channel for donations to Victoria and CFA, and she promoted it widely in numerous social media threads.

Acting CFA chief officer Garry Cook said the organisation had been humbled by the influx of donations from across Australia and the world during the extreme 2019-20 bushfire season.

“It’s great to see these tools, additional skills and equipment filtering through to our brigades and members before the next bushfire season,” he said.

“That’s where they will make a real difference to the vital work they do in keeping our communities safe.”

“They’re very pleased because of the donations that were supplied – we weren’t thinking we would ever receive anything like that,” he said.

“Getting the equipment is great, but the recognition to the CFA from communities who donated funds was fantastic.

“Having this sort of a response makes so much of the hard work worth it.”

Standing up for standpipes