Home News Animals Goat at home in the company of horses 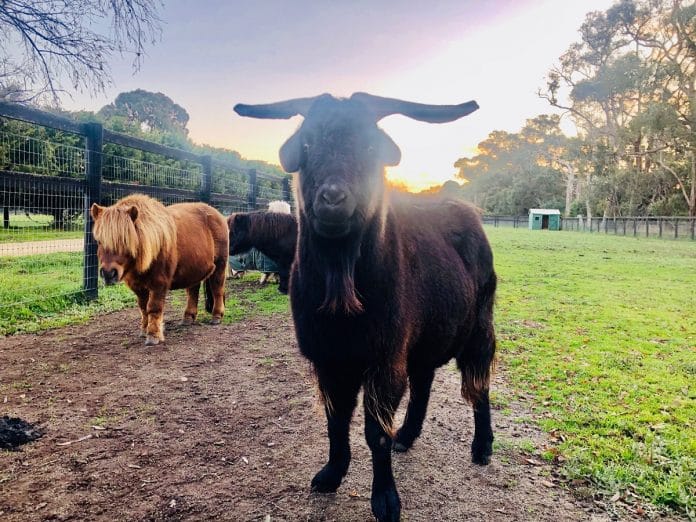 A rescued goat who prefers the company of ponies over his own kind is making himself at home at Edgar’s Mission at Lancefield.

Herb’s life has not always been kind to him, but he is one of 473 rescued residents at the animal sanctuary.

Once an ‘owned’ goat, Herb became homeless until he took up residence at a pony club.

He quickly found comfort among horses until they were moved away, leaving Herb adrift in the world yet again.

But he quickly found another horse friend nearby.

Herb’s life was fine, until his dabblings onto a makeshift golf course and garden saw him yet again in trouble, and in the sights of police.

Retreating to a walking track, Herb was targeted by a bow and arrow toting marksman until a kind heart came to his rescue.

So, having dodged homelessness, bullets and arrows, it was to be a dart of compassion that ultimately reined in Herb.

Edgar’s Mission founder and director Pam Ahern said Herb had made it clear that he preferred to keep counsel with ponies and not goats – initially jumping the fence from his goat enclosure to be with them.

“Herb now spends his days alongside his pony friends, and will forevermore,” Ms Ahern said.

“After all the dear boy has been through, who are we to argue?”

A video of Herb and his pony friends happily moving paddocks has recently gone viral on Facebook, reaching more than 4.1 million people since it was shared two weeks ago.