Teenager Will Callaghan has been missing at Mt Disappointment since 2.20pm yesterday.

The search for a teenager continues at Mt Disappointment State Forest this morning after the 14-year-old boy went missing yesterday.

William Callaghan, known as Will, has autism and is non-verbal.

He does not have food or water with him, and was not dressed for the elements of a cold evening.

William was separated from his family and was last seen on the south side of the summit at about 2.20pm yesterday.

Police have been told William is very energetic and could cover a lot of distance.

“He’s also very food focused. It would not be out of the question for William to walk into a house and go to the fridge or cupboard and help himself to food,” a police statement issued late last night said.

“He might also try to put himself to bed. So we are asking residents nearby and in the vicinity of Mount Disappointment to check bedrooms and outhouses.” 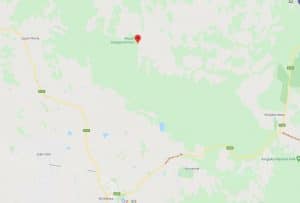 The Police Airwing, Search and Rescue Squad, Dog Squad, local uniform members in 4WD’s and police on bikes are being supported by the State Emergency Services in searching for Will.