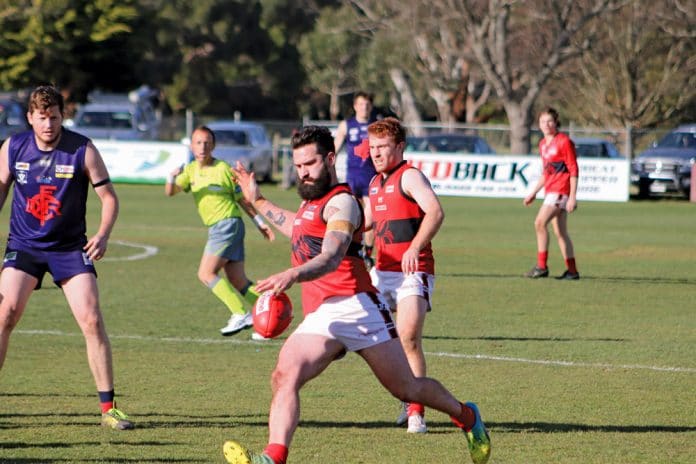 Football clubs are waiting to hear from leagues about when they can return to the training track in preparation for resuming the 2020 season.

Kilmore Football Netball Club president Paul Maher said the club hasn’t been updated on when training could resume but hoped to hear from the Northern Football Netball League before this weekend.

“The league is bound by the government’s rules but I’m still hopeful there may be a kick off in July,” he said.

“That will be dependent on the government allowing some form of crowd to attend the game because we’ll need to have some finance come in through the gate, bar or canteen.”

Maher said he was hopeful for a nine-game home and away season, plus finals, but anything less than that might not be worth it.

“We wouldn’t want anything less than nine home and away games. If that can’t be achieved, we think it’s better for the season to be called off,” he said.

“The main point is we want everyone to be safe and healthy.

“It may be the case that if the government allows crowds, there may be some players that don’t feel safe to return and that’s fine by us, we’ll respect everybody’s decisions.

Maher said he was more hopeful for resumption in the netball season, especially as the Northern Football Netball League’s season was conducted at indoor stadiums rather than outdoor courts at football grounds.

“Netball is different because it’s non-contact and can be in a stadium without a crowd so there’s more of a possibility of netball than football,” he said.

Romsey Football Netball Club hasn’t resumed training yet, with the committee to meet later this week and discuss how they would like to move forward.

“We haven’t met since this happened so we’re going to get the feeling from everyone and until we can have contact, we don’t see the point in training,” he said.

“The [Riddell District Football Netball League] is still hopeful and we’ll see what comes of our next meeting.

“Players are still training on their own and in small groups without anyone from the club.

“At the moment, we’re leaving it to them to keep themselves in as good condition as possible and we don’t want to impact their professional lives so we’re in contact with them and making sure they’re well.”