Macedon Ranges wineries were grateful to be able to open their cellar doors to customers on Monday after months of forced closure.

In line with the reopening of restaurants and cafés yesterday, wineries also reopened for tastings and meals.

After cellar doors were originally excluded from the lifted restrictions, wineries are now able to provide free, seated tastings to guests and sell bottles for takeaway.

Wineries with a restaurant or café will be able to sell alcohol by the bottle or glass and also be able to sell wine tasting experiences if they are served with a seated meal.

The changes, announced by Minster for Agriculture and Regional Development Jaclyn Symes on Friday, came as a relief to smaller wineries in the Macedon Ranges, many of which do not have attached restaurants.

Hanging Rock Winery’s cellar door sales have been reduced by 80 per cent or more.

Sales and marketing general manager Ruth Ellis said part of the reason of the downturn in sales had been that customers haven’t been able to taste wines before buying.

“Instead of getting 20 or 30 people through the door a day, it might be one or two which has had a massive impact on the business,” she said.

“Those that have come, if they don’t know us and they’re not loyal customers, it’s hard for them to take a chance that the wines good and buy a six-pack or a dozen, they might walk away with a bottle or two just on the hope that they like it.” 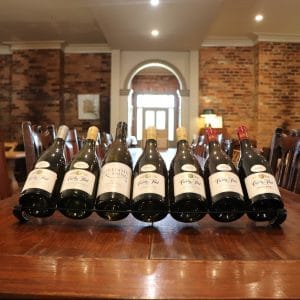 d owner Jeni Kolkka said wineries should be able to offer cellar door tastings with numbers limited based on the size of the venue.

“We have a small number of people who come to the cellar door but they’re coming for a very different winery experience than they would get if you’re going into one of the bigger regions where they have hundreds of people coming a day,” she said.

“In our case, it would be really rare that we would be in a situation where we’d have to leave people outside because we’d have more than one person every four square metres,” she said.

“The risks are really super low to both our staff and the customers so I would love to see us reopen again before the long weekend.”