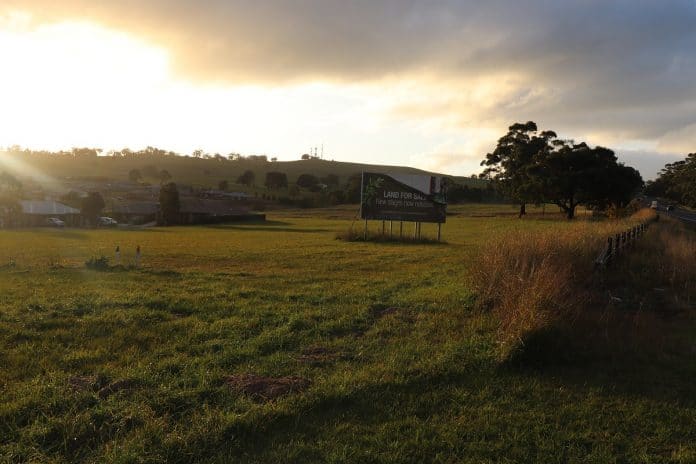 Mitchell Shire Council has knocked back an amendment to the Springridge Estate development in Wallan to increase lots and remove a proposed community centre.

At last Monday night’s council meeting, councillors denied a planning permit application, which sought to increase the number of lots in the 130-hectare development from 938 to 994 and remove a proposed 1500 square metre community centre from the site.

With properties to be built along Old Sydney Road, a service road and landscaping treatment was proposed for the 21 new homes.

While not obligated to present the permit for public notice, council notified affected landowners and received 28 submissions that raised concerns about the removal of the community centre, reductions in lot sizes, the traffic impact on Old Sydney Road and a lack of community engagement.

Councillors were left looking for someone to move the officer recommendation to approve the amended planning permit, before north ward councillor Rhonda Sanderson moved the recommendation ‘for the purpose of debate’.

The councillor recommendation was voted against eight to one, with Mayor David Lowe the only vote in favour of the development.

North ward councillor Fiona Stevens seconded the motion for similar reasons, saying anything put before council should be discussed in the spirit of openness and transparency.

“This is a really hard one because unfortunately this council has inherited a planning approval from a number of years ago and staff have worked extremely hard to get best outcome and they have made inroads,” she said.

“I don’t think that I can support this. Based on the input from the broader community, I don’t think we’ve hit the mark.

“It concerns me there will be potentially 3000 people in this subdivision and there’s not going to be a gathering point for them.

“It might not the be Taj Mahal with all the things we normally put into a community facility, but I think we have a responsibility to the people who live there to provide something and if we go with these amendments, we kiss that goodbye.”

South ward councillor Rob Eldridge said the development had been ‘problematic’ for council.

“I have a great deal of concern about the number of cars coming out on Old Sydney Road and the potential for a disastrous accident at Darraweit Road and Old Sydney Road,” he said.

“It’s already a black spot and now we’re potentially opening that up to 1500 people.

“I don’t think we’ve done enough and I don’t think the developer has provided enough safety to the community around this particular intersection.”

Underground cable project to be investigated