From coming to Australia as an eight-year-old, Sam Watts made his mark on the Tallarook Cricket Club, eventually named a life member and having the club’s pavilion named in his honour.

Watts and his family arrived in Australia from Britain in 1960 as ‘10-pound Poms’, moving to Tallarook where he almost immediately started playing cricket.

At 13 years old, Watts started playing senior cricket to help make up the numbers and never played a game with any other club.

Watts said he had seen Tallarook go from Seymour District Cricket Association’s ‘whipping boy’ to becoming one of the competition’s most successful clubs in the past 20 years.

But what he was most proud of was the friendships he made over the journey.

“I played a lot of cricket, but made a lot of good mates, more so than anything over the cricket. I’ve met some great people and made some great friendships which is pretty important,” he said.

“The people you were a fierce opponent with on the field, you found out when you got off the field and had a beer with them, they were just the same as you, wanting to desperately win a game of cricket, so I forged some pretty good long-term friendships.”

After helping Tallarook to premierships in his prime, Watts said his proudest achievement was being able to achieve the feat with his son Lachlan Watts in 2014/15 with a 127-run win over Alexandra.

“Lachlan was up at Dimboola and decided to come home for a season, travel up and down to play.

“We were lucky to have some fairly good cricketers in Paul Arandt and Johnny Taylor, both district cricketers, play with us that year and we had a pretty good side that won the flag.

“Having Lachlan in there was really good – a dream I suppose.”

It took Watts a decade at the club before he was part of his first premiership, one he was not sure would ever come.

“I’d been playing here for about 10 years and we get to the semi-finals, and Kilmore were a real powerhouse then. We’d make the semis every year and they’d smash us every year, so I didn’t think we’d ever win one but eventually we did, and we’ve been relatively consistent since then,” he said.

Individual achievements are not something Watts tends to keep track of but he racked up a few, including league all-rounder awards and playing in winning McPherson Shield and Country Week sides.

“I don’t know that cricket’s about personal achievements, it’s about the great times you had with your mates, all pulling together and winning those 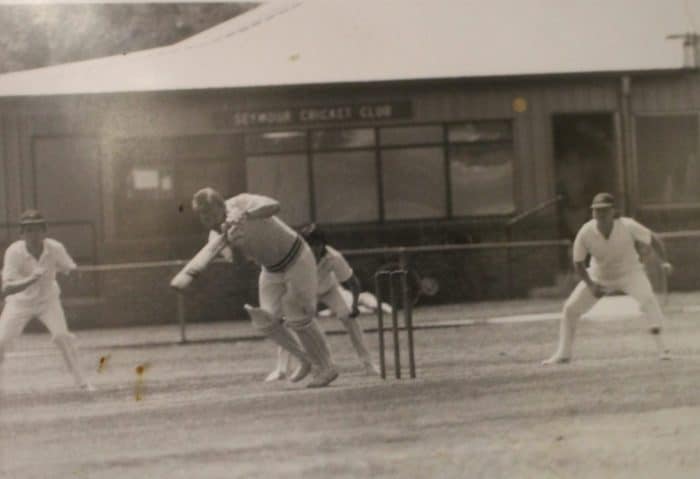 tough games. That’s really what it’s about rather than the personal aspect,” Watts said.

While he spent the better part of 40 years as an opening batsman, Watts said he found the game could get ‘a bit boring’ if you didn’t get to bowl, so he turned his hand to bowling, became a medium-pace bowler and, later, a spin bowler.

“But they never spun, I fooled a few with them though,” he laughed.

Watts’ contribution to the club extended to off the field as well, where he has been part of Tallarook Recreation Reserve committee of management and helped oversee the development of the ground to one of the best in the SDCA.

Tallarook Cricket Club’s original home ground was located on the western side of what is now the Hume Freeway, but was forced to be moved to the current site when the Tallarook bypass was built in the early 1970s.

Watts said when VicRoads first built the ground from scratch, there were no boundary fences and no grass on it for a long time.

“Over the years, it’s been developed and developed and now it’s as good a ground as there is in the competition these days. That’s been a real achievement,” he said.

“Getting these rooms built, we used to have an old shed for 100 years. We decided to try to build up here which was probably one of the best things we did.

“They’re two of the bigger achievements but it hasn’t been me, it’s been a host of blokes around here that have probably put more time in than me.

“To talk about my achievements and what I’ve done here is really to forget about all the other people.

“There’s a host of people over the years who have put in as much time as me that probably didn’t get [the pavilion named after them] and probably should’ve.”

When asked to pick some of the best players he had played with or against, Watts struggled to pick just one. 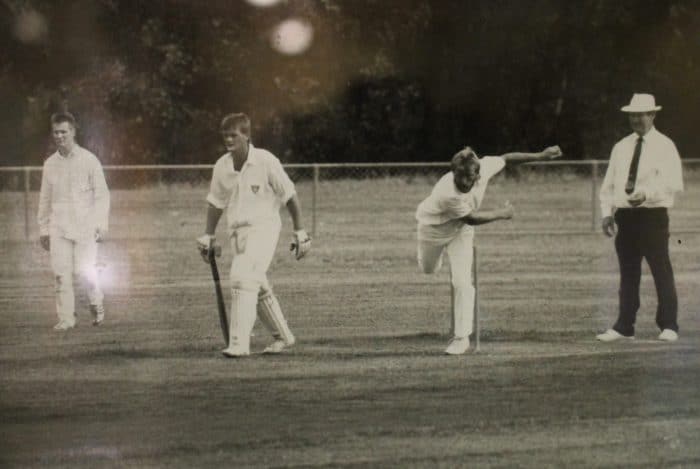 Watts spent his winters on the football field, starting his career with Broadford in the Waranga North East league, winning premierships and best and fairests, before moving to Seymour in the Goulburn Valley league where he played nearly 200 games and won a couple of flags.

Like many people who have spent their lives as part of country sporting clubs, Watts is concerned with the direction community sport is heading with so many clubs more worried about their bottom line than the community.

“I think like any other person that’s been committed to cricket or footy over the years, we’re seeing a bit of a death in country sport, which is not pleasing,” he said.

“Maybe this coronavirus might teach clubs that it’s not all about money.

“We’ve had people even come and want to play at Tallarook if they got money but we’ve never paid anyone, apart from the coach, and probably never will.

“It disappoints me that you see people, particularly in footy more so, some kid that couldn’t get a kick in a cattle truck will come play for you if you give him $400 a week.

“It has just ruined it – play for the enjoyment of the bloody thing. It’s not all about playing for money.”

Laurimar stopped in its tracks