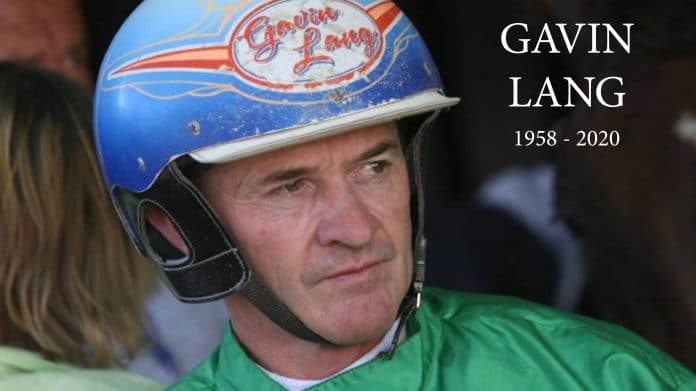 Lang was one of the sport’s greats, winning almost every feature in Australia including six Kilmore Cups.

Renowned for his unrivalled driving instincts, Gavin won owners almost $50 million in stakes across more than 32,000 starts and earned the moniker ‘Group 1 Gav’ for his ability to perform on the grand stage.

The son of a fellow Caduceus Club legend Graeme Lang, harness racing was a sport Lang was born to dominate since his upbringing on the family’s Romsey farm.

In a recent interview, Lang said he had never imagined doing anything than compete in the trots.

Raised among ponies and horses, from age eight he would drive with his brother Chris.

“I was always comfortable with it, it was always fun back then. Some days it was a bit more of a chore, but I enjoyed it immensely,” Lang said.

Lang registered his first win as a trots driver at Kilmore on June 2, 1975 with Pensive Dream.

More than 30 years later, he scored his 6000th win, driving Tell Me Tales to Vicbred success.

His was a life spent in the sulky, a skillset so fine-tuned that decisions were made with instinct and without hesitation.

“It becomes second nature to you, making moves is a reflex action,” Lang said.

“You seldom think about it, it just comes to you. It is hard to explain why that happens.

“You do everything on instinct. If you have to stop and think whether to make a move, by the time you are done thinking it’s generally too late.”

Kilmore Racing Club chief executive Ben Murphy said Lang was an icon of the sport and was synonymous with Kilmore.

“He won six Kilmore Cups and had his first winner here. He’s just an incredible horseman and a legend of the sport,” he said.

“Growing up, he was pretty connected with True Roman which won 70 races. My introduction to harness racing was watching Gavin Lang get True Roman to win from ridiculous positions.

“He’s an icon of the sport and there’s only ever going to be one Gavin Lang.

“Our thoughts are with his family.”