EACH other’s support went a long way for friends Joshua Rask and Michael Fenech who shaved their heads in support of the World’s Greatest Shave.

Both Mr Rask and Mr Fenech took the leap and shaved their heads because raising money for the Leukaemia Foundation was a cause close to their hearts. 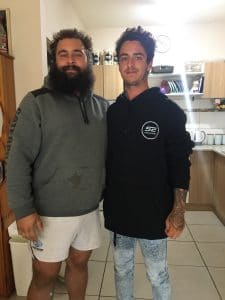 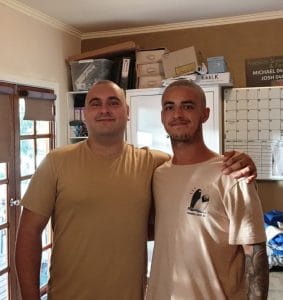 “I was inspired to take part as my Nan passed away from leukaemia and it’s a little thing I can do in this time to bring joy to some people,” Mr Rask said.

“The cause, in my own words, is giving people another chance and hopefully helping all the people in need.

“It’s also happiness and support and everyone getting together in times of need.”

“Going into the shave I wasn’t too nervous at all because I had my best friend by my side the whole way through and also a lot of support from family and friends,” he said.

“I personally wanted to do it because I believe this is an amazing fundraiser, but I also wanted to support Josh every step of the way.”

The pair originally planned to raise $2000 but with the support of their family and friends, exceeded their goal.

“Our goal was $2000 which we thought was a big target but with the support of our amazing friends and family we have raised over $3600, our fundraiser is still open and accepting donations until June,” Mr Fenech said.

“To anyone thinking of doing the shave, I say go for it. It is such a small sacrifice for an amazing cause.

“Some people unfortunately lose their hair with no choice so the decision for me to lose the curls was an easy one.”