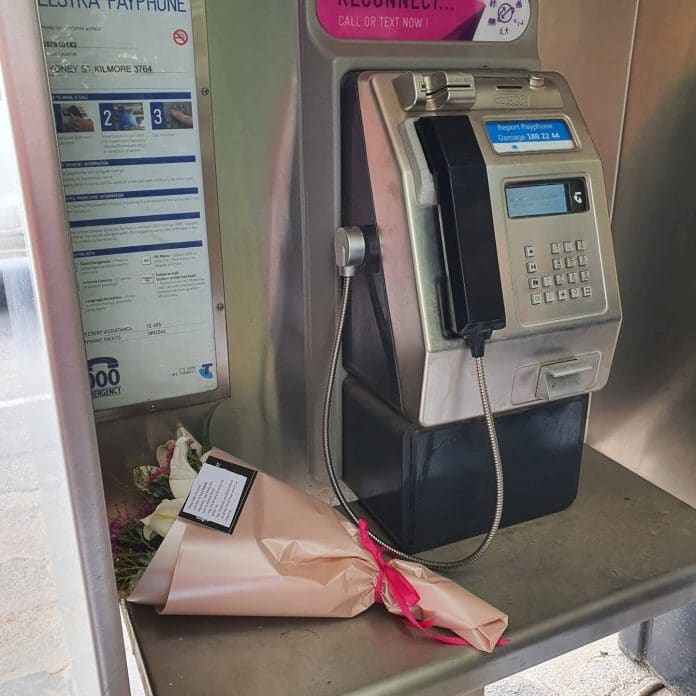 One Kilmore business has been brightening people’s day by leaving bouquets of flowers around Kilmore and Broadford.

Instead of having to throw out unsold flowers due to a lack of business, Kilmore Florist owner Jodi Phillips has been placing them all over town.

Ms Phillips dropped eight bouquets in Kilmore and six in Broadford and plans to keep doing it as long as she still has excess flowers.

“I thought I would spread them around Broadford and Kilmore so people can get a bit of cheer with everything that’s going on,” Ms Phillips said.

“One lady was walking her dog and she saw three so she took a photo and she left them there for someone to pick up.

“She said that it really made her day and she had a big smile because it’s such a good thing to do in the community.”

Ms Phillips has also been giving out bouquets as random acts of kindness to people she thinks could use a smile and has received a great response from the community.

With many people out of work or working reduced hours from home, Ms Phillips said the last thing on their mind would be buying flowers, but giving out the flowers has also helped her during this difficult time.

“Our sales have reduced dramatically because we’ve closed our doors and we’re just doing home deliveries and pick-up,” she said.

“Even when I was popping them around, I felt like Santa Claus on Christmas Eve.

“I was trying to hide so nobody saw me but then I felt really good about doing it.

“I just did it and didn’t think anything of it but when I saw the reaction on social media, it was great.”