Home News No footy until late May 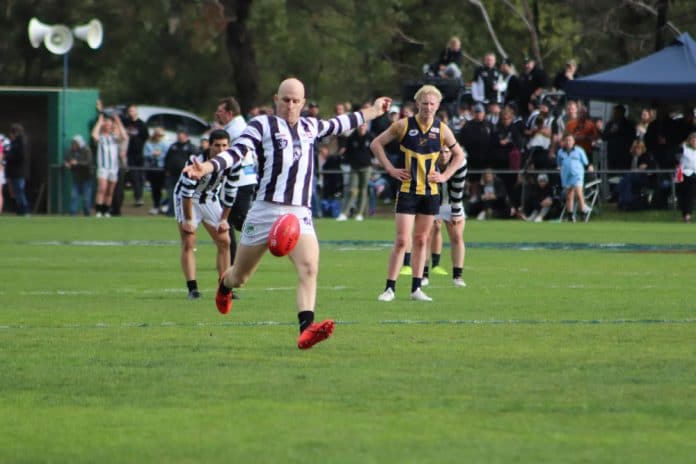 Despite originally targeting a May 2 restart date, the Northern Football Netball League has fallen in line with the AFL’s decision to postpone play until at least May 31 in the wake of the COVID-19 pandemic.

After releasing a joint statement last Tuesday, the NFNL, Essendon District, Eastern, Southern and Western Region leagues and the VAFA changed their tune yesterday to fall in line with the rest of the state’s leagues and the AFL’s postponement.

A statement from the AFL last week announced all leagues managed or operated by the AFL or an AFL state association would be postponed until May 31.

The AFL followed up by suspending its season until May 31 after the completion of round one on the weekend due to travel restrictions imposed by the Federal Government.

The AFL also advised independently governed leagues to postpone operations until May 31.

The NFNL statement said the leagues were united in their support of the AFL’s decision and look forward to working with AFL Victoria to work through all associated issues.

“The health and wellbeing of our players, coaches, umpires, volunteers and associated stakeholders remains our first priority, as is the sustainability of all of our clubs,” the statement said.

“We urge all associated with our respective communities to heed the advice and regulations in place by order of the State Government.”

“We’ve got players that have been in training since November and are champing at the bit,” he said.

“We realise health and safety comes first and as long we’re satisfied there’s appropriate safety measures in place in line with government regulations, we’re all for it and raring to go.”

Maher said while training was postponed, the club would continue to assist players maintain their fitness individually.

“We recognise that a number of players will want to continue maintaining their level of fitness and we’ll look at facilitating or managing that,” he said.

“There’ll be no official training but we’ll assist players managing themselves if they do want to keep fit.

“Hopefully, come the end of May, everything gets cleared and we get some big crowds from people who are footy-starved and want to watch the footy.”

The RDFNL said it would follow the recommendation from AFL House.

“The RDFNL accepts and endorses these recommendations as suggested by AFL Victoria,” a statement said.

“The RDFNL will continue to work closely with AFL Victoria as this extremely unique situation continues to evolve.

“The RDFNL board and staff will be working on a communication to come out in regard to how the season will look from here including changes to the RDFNL senior fixture as well as a number of any implications to the respective competitions.”

Broadford Football Netball Club was about to begin its first season in the AFL Outer East but the excitement has been put on hold.

The free veterans support program in Doreen no one knows about