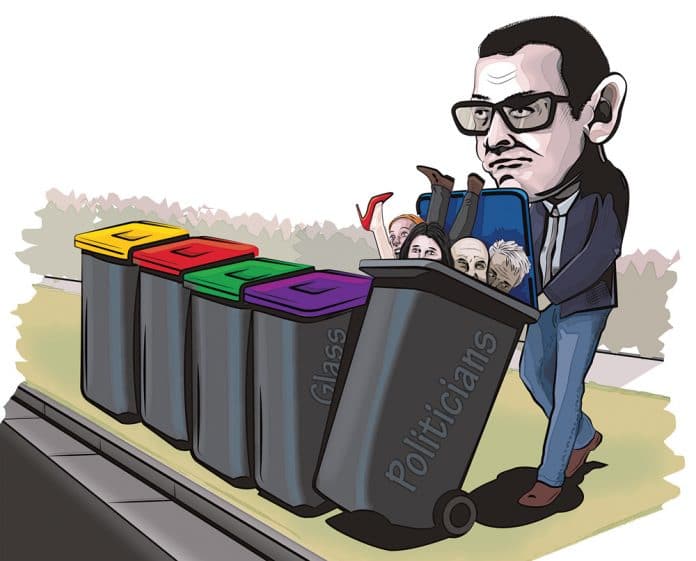 “The poisons in council run so deep that councillors from both sides of the divide see little prospect of ever bridging their differences,” Mr Blacher said.

He also said councillors failed to provide stability in the council’s senior leadership with five chief executives in five years and more than $500,000 spent on legal fees.

“These expenditures are ratepayers’ money, the fact that some councillors are prepared to spend these funds on personal and governance disputes rather than on much needed services to the community is unacceptable,” he said.

Mr Blacher was due to deliver his interim assessment on council on March 27, but submitted a final report two weeks earlier, recommending the council be dismissed and administrators appointed until at least the 2024 general elections.

During an emotional press conference, Cr Sterjova hit back at Mr Blacher, saying the report was rushed and had flawed recommendations.

“The report was rushed forward as the conduct of the monitor himself has resulted in a number of complaints and investigations about his threatening, intimidating and overawing behaviour,” Cr Sterjova said.

Cr Sterjova had engaged legal services prior to last week’s announcement in a bid to request the monitor withdraw the allegations identified and that they would not be included in the interim report or any subsequent report.

The mayor said misogyny, relentless harassment and appalling behaviour of a faction within council led to her downfall.

“From what I’ve endured as the youngest female mayor in Australian history, God help any young woman who aspires to enter into politics,” she said.

Cr Sterjova also highlighted two councillors were to blame for the dismissal.

“The tensions in our council arose due to two individuals who were bitter they weren’t elected mayor and deputy mayor and were relentless in having our council dismissed. Their wish has now come true,” she said.

Last week Cr Sterjova posted to Facebook, saying she was still receiving personal attacks and bullying from colleagues, sharing a text message she had received from Cr Tom Joseph.

“I disagree with the finger pointing, I could equally do the same – at the end of the day that’s the whole problem,” Cr Cox said.

“The mayor wants to throw stones but doesn’t want to take any responsibility for her actions.

“She created the division, how was she going to redress the situation?

“We have to all take responsibility for what’s occurred, we had a responsibility to the community, I support the monitor’s recommendation, to remove us from council was the right decision.”

Cr Sterjova didn’t rule out running for the next council elections.