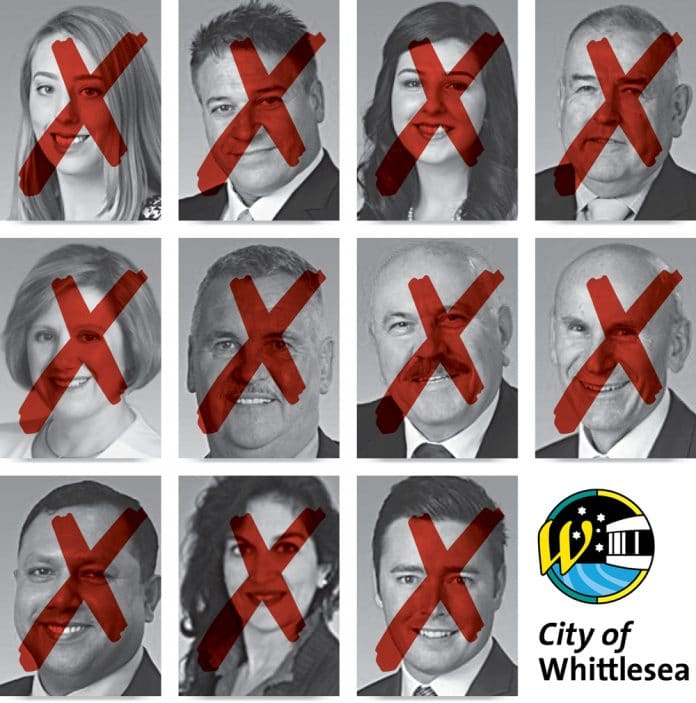 THE State Government will introduce a bill to dismiss City of Whittlesea council following a report by the municipal monitor that found council governance had irretrievably collapsed.

Monitor Yehudi Blacher was due to deliver his interim report on council by March 27, but submitted a final report two weeks earlier, recommending that council be dismissed and administrators appointed until at least the 2024 general elections.

The monitor also said councillors failed to provide stability in the council’s senior leadership with five CEO’s in five years and over $500,000 spent on legal fees.

Mr Blacher also found councillor behaviours were not consistent with the Councillor Code of Conduct and have caused significant harm to the council’s administration and reputation.

Cr Lawrie Cox told the Review he was relieved with the decision.

“I think it’s the right decision.  It wasn’t a pleasant situation to be there at all, the personality clashes have been appalling and legal costs have gone through the roof,” Cr Cox said.

“It was disaster after disaster.  It’s about what’s best for the rate payers.  Personal agendas were driven far too much by some councillors and we’ve reached the point of no return.”

The troubled council hit an especially turbulent patch in December last year when CEO Simon Overland was sacked while on sick leave.

Mr Overland took leave, citing his ‘health and safety’ had been significantly affected, pointing the blame at ‘the behaviours of some councillors’.

It also coincided with Mr Overland preparing to testify at the ‘Lawyer X’ Royal Commission as the former police chief commissioner.

The following day the State Government appointed Mr Blacher to monitor council operations and an investigation into bullying and leaked information began.

Mayor Emilia Sterjova, who took leadership during Mr Overland’s dismissal subsequently fell into hot water for posing with a Vergina Sun flag that caused tensions to rise between Macedonian and Greek residents.

Cr Sterjova was then disendorsed by the Labor party due to crossing caucus lines and accepting a non-Labor vote to assume the role as mayor.

Councillor Ricky Kirkham then quit, saying current circumstances at Council made it impossible for him to discharge obligations to hold Council accountable, but details later emerged he was due to face a councillor conduct panel right before he resigned.

The dismissal comes weeks after trouble-plagued Casey City council was sacked amidst an ongoing corruption investigation into donations to former councillors.

More to come in next week’s Review.

Call for signalling upgrades on Seymour line after collision scare