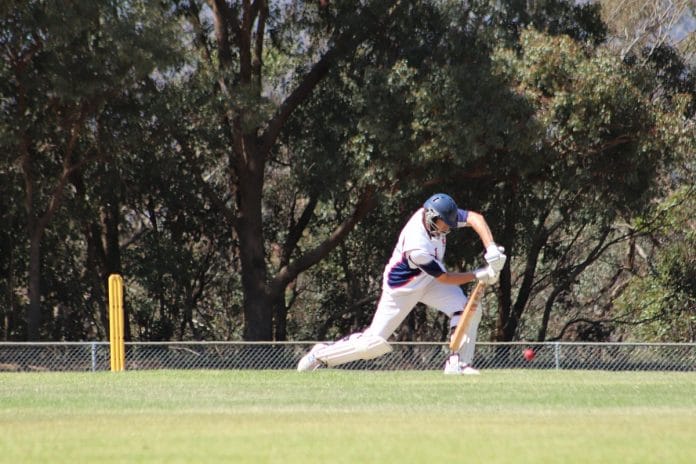 The Seymour District Cricket Association A Grade grand final is set, with a rematch of last year’s decider between Tallarook and Yea.

Tallarook didn’t waste any time booking their place with a 118-run win over Kilmore at home.

The reigning premiers were in the box seat after day one, ending up at 9/217 from their 80 overs.

It wasn’t all smooth sailing though as the hosts lost three early wickets, falling to 3/45 as Kilmore quick Josh Buttler took the wickets of Ben Cooney (15), Mitch Itter (23) and Jac Smith-Williams (1).

Captain Lachlan Watts and Leigh Irving steadied the ship, putting on an 84-run partnership before Watts was stumped by Kilmore captain Matt Rose, off the bowling of Shane Topham, for 43.

Topham followed up quickly, dismissing Cameron Muir caught and bowled for 3 at 5/143.

Leigh Irving fell soon after, making 52 before he was bowled by Corey Dennehy.

Dennehy bowled Dan Fisher not long after as Tallarook fell to 7/144.

A 49-run partnership between Will Dundon and Kalon Winnell got the hosts to 8/193 when Dundon was caught behind by Rose, taking Josh Buttler’s tally to four wickets.

Buttler secured his five-for seven runs later when Corey Dennehy caught Winnell for 10 for the final wicket of the day. 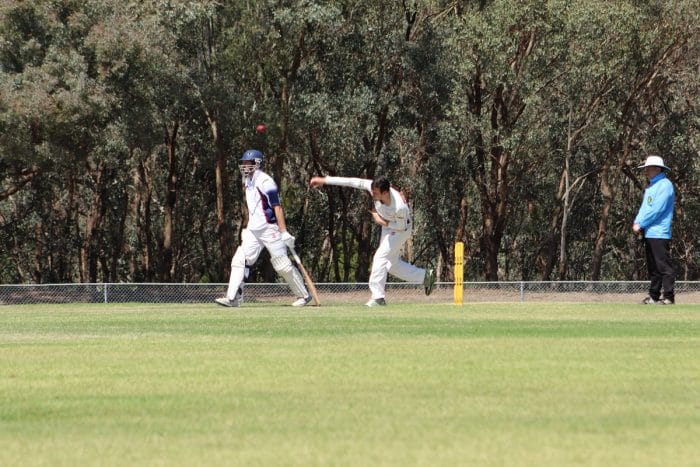 On day two, Kilmore was in trouble early, falling to 2/1 with Leigh Irving dismissing Kevin Craddock caught behind by Cameron Muir for 1.

Dundon followed up immediately, bowling Josh Buttler for a duck.

Matt Rose and Bailey Dennehy were able to put 44 runs on the board before Rose sent on his way by Dundon for nine.

Wickets came quickly through the lower order as Kilmore was bowled out for 99 from 58 overs.

Ash Lovick was the only other Kilmore batsman to make runs, making 19 before he became Dundon’s fifth scalp of the day at 8/75.

Bailey Dennehy made 46 before he was the last wicket to fall. With only nine batsmen available, Kilmore was bowled out for 99.

Yea had a tougher time getting past Broadford before prevailing by four wickets.

The Tigers were in control after day one, bowling Broadford out for 132 from 60 overs.

Yea was able to take wickets with consistency as Broadford failed to put partnerships together.

Opener Mitchell Collier made 18 before he was bowled by Daniel Evans.

The wickets continued to fall as Jeremy Bradshaw was bowled by Cameron Armstrong for three with Broadford 5/47.

Evan Mills and Aaron Gleeson put 33 runs on the board before Mills was caught for 33 as Broadford fell to 6/80.

Gleeson fell soon after for seven before captain-coach Greg Hobba and Taylor Shell put together a 29-run partnership.

Both fell victim to Marc Steiner with Hobba departing for eight and Shell for 22.

Lee McKenzie was the final wicket to fall as Steiner completed his five-for and Broadford were bowled out for 132.

An early wicket gave Broadford hope of defending its first innings total as Braden Hickey dismissed Daniel Evans for 10 but Yea rallied and put on a 35-run partnership to steady its innings.

Jack Connell took the breakthrough wicket of Cameron Armstrong, caught by Blair Hobba for 16 with Yea 2/50.

Marc Steiner wasn’t able to do as much damage with the bat as he did with the ball, with another catch from Hobba off Jeremy Bradshaw dismissing him for five.

Yea was able to keep the scoreboard ticking over with a couple of 20-run partnerships and it proved too much for Broadford to defend as Yea finished the run chase in 74 overs.

Damon Malcolm top-scored for Yea, making 49 before he was the last wicket to fall.

Connell took 2/46 from 24 overs with eight maidens while Jeremy Bradshaw took 2/22 from 14 overs with four maidens.

Broadford coach Greg Hobba said he was concerned all season about the side’s inability to create strong partnerships.

“It’s been my major concern throughout the year, and we couldn’t compile partnerships at the right time,” he said.

“Once we started to get a partnership, we lost wickets at a critical time. It always put us on the back foot.”

Hobba said hopefully the side had learnt from back-to-back semi-final losses.

“Unfortunately last year, we finished in the same position so hopefully the boys have learnt a bit over the year with the way they occupy the crease, and prize their wicket,” he said.

“It’s just little things they’ll hopefully take into next season and can use to play as a team and play smart cricket. I think we’ll be well prepared for next season.”

Tallarook will host the two-day grand final this weekend, starting on Saturday at 1pm.