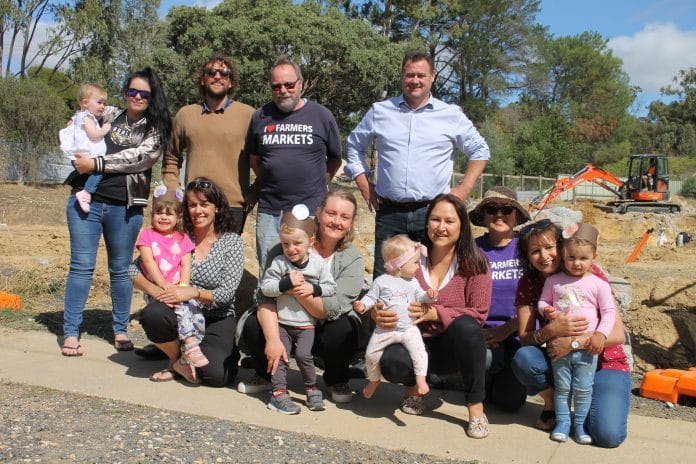 The Tallarook community is being encouraged to come together and help raise money to get play equipment installed at the new, rebuilt Tallarook Mechanics Institute Hall on Saturday, March 14.

The Tallarook Community Night at the Tallarook Hotel will feature children’s activities, raffles and auctions, as well as eight-piece big band Louis Valentine and the Golden Age playing into the night.

Tallarook Playgroup president Rachel Watts said as the hall’s insurance only covered the building itself, the community had taken it upon itself to install a new play area at the rebuilt hall.

“The rebuild just covers the hall itself and we want to add some extra bits so it’s a bit nicer for our community,” she said.

“The playground’s our first priority and hopefully we have some extra funds and we can do a bit of landscaping as well.

“We’re aiming for around $10,000 and once we get some play equipment and soft fill to make sure we’re keeping everyone safe.”

As part of the fundraising, a colouring competition is also being held with pictures of the old hall to be coloured in and displayed at Tallarook General Store before a winner is selected by Louis Valentine.

“They’re a big band and really funky so we think people will really enjoy having them here. They have eight members with horns and everything so they’ll be really entertaining,” she said.

“There’s no gold coin entry or anything so it’s essentially a free event but we encourage everyone to buy a raffle ticket and bid on the auction items.”

Tallarook Hotel owner Adam Knight said the pub’s fundraisers have all done well and he wanted to keep that going on March 14.

“If you can’t do something like this, what’s the point of owning something in the area?”