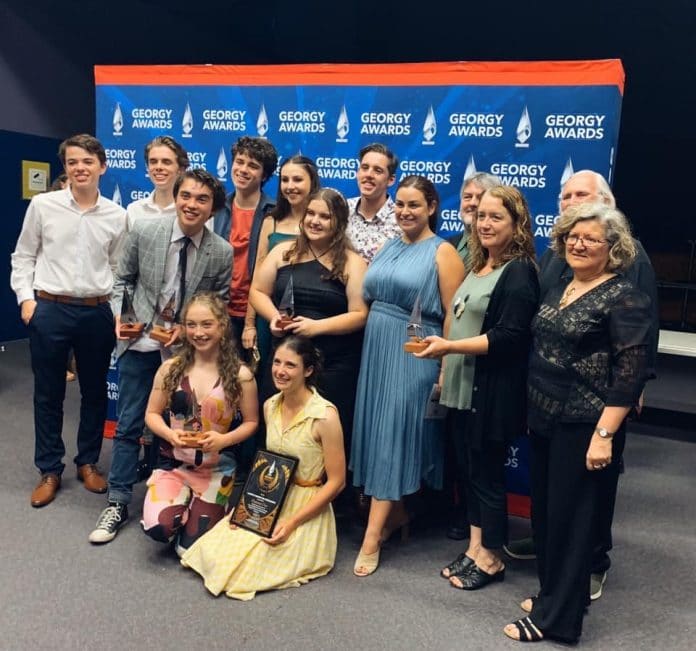 PRODUCTIONS by Seymour Performers Workshop have been recognised at the annual Georgy Awards.

“We are so proud and delighted to have received so many nominations and a number of fantastic awards for our 2019 season,” Seymour Performers Workshop president Brett Harvey said.

“Congratulations to the cast, crew, and creative team of Footloose for winning Best Musical, and to the team from You’re a Good Man Charlie Brown for taking out the Junior Encouragement Award.

“We are so proud of each and every one of the amazing people involved in making these wonderful productions happen.”

Broadford resident Barry Withers received the Ted Malloy Award for Outstanding Contribution to Amateur Theatre, which recognised his involvement in community theatre over many years – in particular his contribution to Broadford Amateur Theatrical Society and Seymour Performers Workshop.

The performing season has begun for 2020 at Seymour Performers Workshop and will feature a jam-packed schedule of productions and events throughout the year.

On March 14 and 15 will be a comedy night featuring comedians Jai Cameron and Ryan Smith, hosted by David Rak and a performance by music group Oxalis Wind Quintet – at the Schoolhouse Theatre, Seymour.