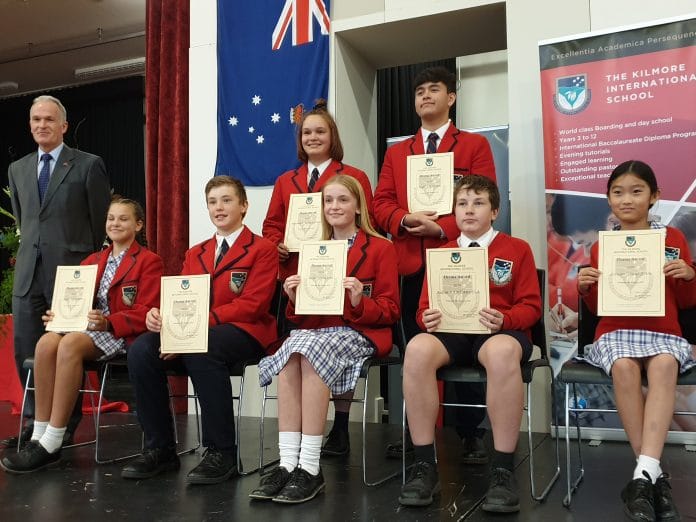 The Kilmore International School recognised the achievements of students and staff and its annual Commencement and Prizegiving Ceremony on Wednesday night.

A large crowd of dignitaries, parents, caregivers and community members attended the event at St Patrick’s Primary School Hall to recognise the achievements of students and staff.

With their formal appointment, the new captains took on the role of joint masters of ceremonies for the evening.

The International Baccalaureate Class of 2019 was congratulated on its impressive examination results and for the number and quality of the university offers they received.

School founder Ray Wittmer and director Tony Zanelli were also recognised for their contributions to the establishment and growth of the school.

Both were presented with certificates and framed photos capturing the unveiling of their building dedication plaques.

The school’s medical team was also thanked for their ongoing care and support of students.

Three former students also spoke about their time at the school and how the school not only provides the academic rigour for university success, but also the way in which it supported them through extracurricular opportunities through travel, debating and Community Action Service activities.

Individual prize winners were congratulated throughout the remainder of the event