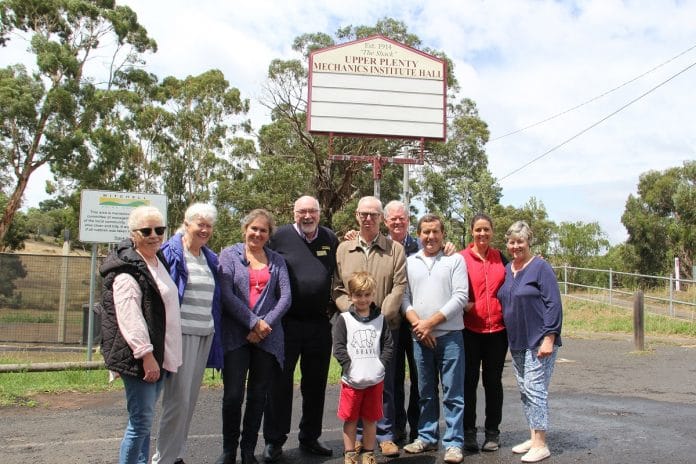 Rebuilding of The Shack is set to get underway, five years after it burned down in 2015.

Officially known as Upper Plenty Hall, the iconic building is to be returned to its former glory with a modern twist.

The new building will take pride of place on the original site and has been designed to pay tribute to its 102-year history.

In 2018, the State Government appointed Mitchell Shire Council to manage the land for community use.

Council, The Shack committee, community, insurers and builders have been working towards final designs to ensure a facility that will provide a range of activities as well as a venue for the performing arts.

The end result will be a hall with a similar look on the outside, with new and improved features on the inside.

A new stage capable of hosting a range of performances, an upgraded kitchen, improved storage and new indoor toilets will be included in the new building.

Once the building is complete, council will appoint The Shack committee to oversee the day to day operations of the facility.

Council will contribute $116,000 toward The Shack’s rebuild.

Mitchell Shire Mayor David Lowe said the much-loved The Shack would be restored and returned to the community by July this year.

“It has been a long and complex journey to arrive at this point and The Upper Plenty community has been instrumental in this process,” he said.

“I would like to commend them for all their hard work. We can’t wait to open the doors.”

“We cannot wait to throw a party to thank all those who have played a role in The Shack coming back bigger and better,” he said.

“We wanted to keep the appearance of the building the same, but inside we have a great facility to support an array of community and performance needs.”

Large gum trees on High Street, Broadford to be cut down...