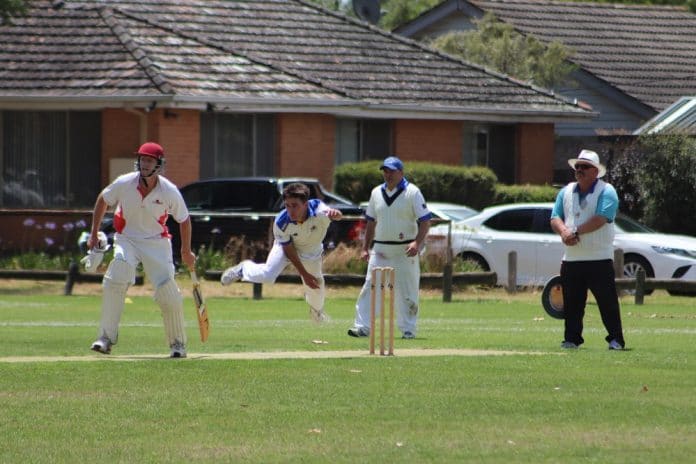 Mernda looks to be within striking distance after day one of its Money Shield match against Eltham.

Despite early losses, Eltham was able to make 9/175 from its 80 overs.

Eltham was able to recover and put on a 68-run partnership between Matthew Chrimes (47) and Glen Turner (36) before Turner fell at 4/97, followed shortly after by Chrimes at 5/102.

Ben Rowe (41*) held up Eltham’s tail but his partners weren’t able to stick around long enough.

Along with Perrin’s 2/23 from nine overs with one maiden, Aaron Greenough and Mitchell Harris took two wickets each.

Greenough finished with figures of 2/44 from 27 overs with nine maidens while Harris took 2/32 from 12 overs with three maidens.

Whittlesea faces a tough task after Panton Hill set a target of 261 in their two-day Mash Shield fixture at home.

A century and a 125-run partnership between Glenn Motschall (117*) and William Ashton (76) put the visitors back in control.

After Ashton was run out at 4/148, Panton Hill captain Rick Ford joined Motschall in the middle for a 76-run partnership before he was bowled by Mendis.

Mendis rolled through Panton Hill’s tail on his way to 6/53 form 22 overs with five maidens as the visitors ended up at 9/260 at stumps.

Laurimar has an uphill battle as it chases 239 against Thomastown United on Saturday.

The Power started well, taking an early wicket to have Thomastown United 1/19, before James Lalios (43) and Dulanga Lakmal (98) put together a 58-run partnership – Lalios was dismissed by Luke Richardson.

Jason Lalios joined Lakmal and the pair put on a 106-run partnership before Lakmal was dismissed two runs short of a century by Steven Mitchell for his second of five wickets on the day.

Thomastown United’s middle-order and tail fell quickly, losing 6/17 to be bowled out for 238 from 77.3 overs.

With two overs left in the day, Laurimar was able to get seven runs on the board.

Captain Jake Zerella (5*) and Ray Kelsey (2*) will resume their innings on Saturday.