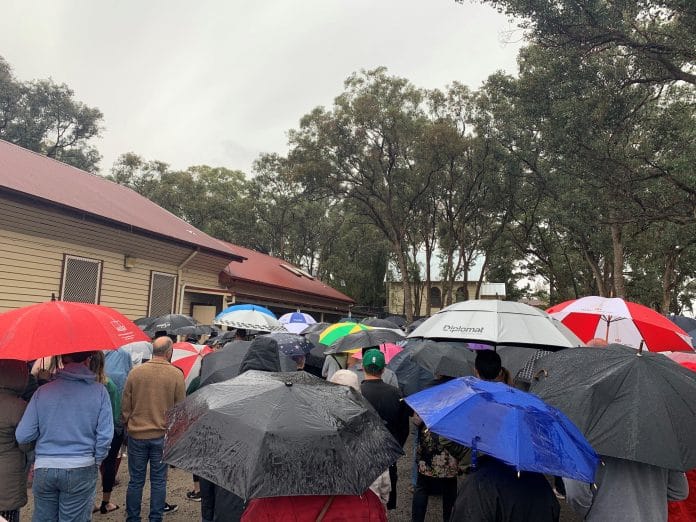 Plenty Hall was overcrowded on Sunday with anxious residents who turned up to an urgent CFA Community Readiness Meeting that was called following the fire.

CFA, Parks Victoria and Victoria Police briefed residents on upcoming fire risks, and gave advice on what to do if another fire occurred.

Several paths leading to Plenty Valley Gorge remain closed as a result of the out-of-control fire, with the City of Whittlesea issuing a statement saying council were working with other agencies to ensure the gorge is made safe.

“It is critical that all Victorians stay connected to emergency information and warnings, and listen to the advice of emergency services,” Ms Green said.

“Being alert and having a fire plan is more important than ever. I urge all community members to install the app on their mobile devices and develop a fire plan for themselves, families and pets.

“Children, people with disability and elderly residents should never remain in a fire zone or fire prone area on days of extreme fire danger.”

On Friday, Premier Daniel Andrews declared a state of disaster for Victoria, and urged residents in a large section of East Gippsland and north-east Victoria to leave immediately.

So far, more than one million hectares have burnt across Victoria, destroying more than 110 homes and 220 outbuildings.

As of yesterday, there were 31 fires still burning and four people remained unnaccounted for in bushfire-affected East Gippsland.​