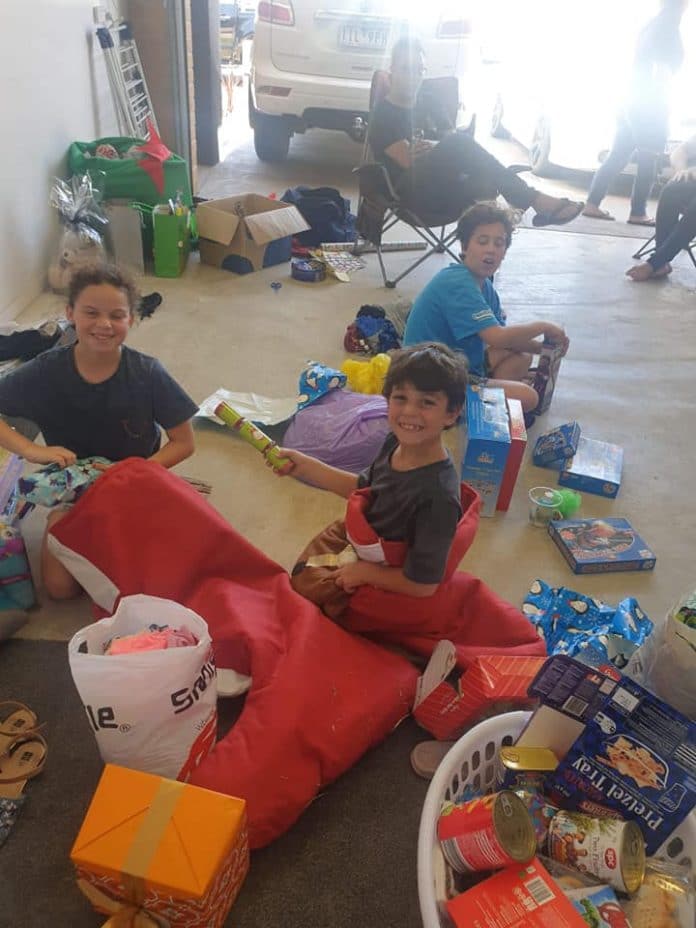 After a tragic Christmas Eve fire destroyed their home, a Wallan family has been inundated with support from across the community.

From the moment the community heard of the disaster to nearly two weeks later, Viv and Rob Dawson and their three children have received donations from everyone who wanted to help.

Ms Dawson said people were driving past and dropping off donations until 2am Christmas morning.

“People were in their pyjamas and would just drive by and drop stuff off. They didn’t want a thank you or anything, they just wanted to help,” she said.

“They dropped off wrapped presents that were obviously under their tree and gave them to our children.”

Ms Dawson said heart-warming was an understatement for how the support felt.

“It got to feel like a normal Christmas despite losing our house 12 hours earlier,” she said.

“I didn’t want everyone to find out about our house on Christmas but a lot of people did through social media so it meant they were able to come and see us.

“My kids woke up to our friends cooking pancakes for breakfast and they were able to see family so it felt like a special Christmas.”

Community group Love in Action was there within hours and is still helping the family by organising whitegoods and furniture.

Ms Dawson said there were no words to describe how grateful she was.

“I can’t even begin to put words together to explain how grateful I am for everything,” she said.

“All I know is I can pay it forward in the future, when we sort ourselves out, anytime we have the opportunity to do that.”

“Thanks to the firefighters who tried to find extra belongings that had survived, the guys that chased the rabbits in the backyard so my daughter could have her rabbits and the guys who checked if my son’s turtle survived,” she said.

“They were all so caring considering that it was Christmas Day and they wanted to be home with their family in the morning.

“The Lions Club gave my kids teddies the night that it happened so they would all have teddies to go to bed with.

“Bayford Volkswagen, where my husband works, gave us a free loan car and vouchers because my car was a total loss.”

Viv and Rob Dawson were playing video games while waiting for their children to fall asleep before putting presents out when they heard a bang.

They thought nothing of it until they heard another loud noise seconds later.

When he went to inspect the noise, Mr Dawson yelled for Ms Dawson, who said all she could see was smoke and red flames.

“I ran back into the house and I yelled out to the kids to get out of house but I couldn’t get past the entrance because there was too much fire and smoke,” she said.

“My husband and kids were at the back of the house so we yelled over the garage to find out where the kids were but I couldn’t understand him because it was so loud.

“Once I heard he had them with him, I walked back to the end of the driveway and just watched it.

“My husband was on the phone to the CFA and from there we pretty much stood back and watched the whole thing burn and there was nothing we could do.”