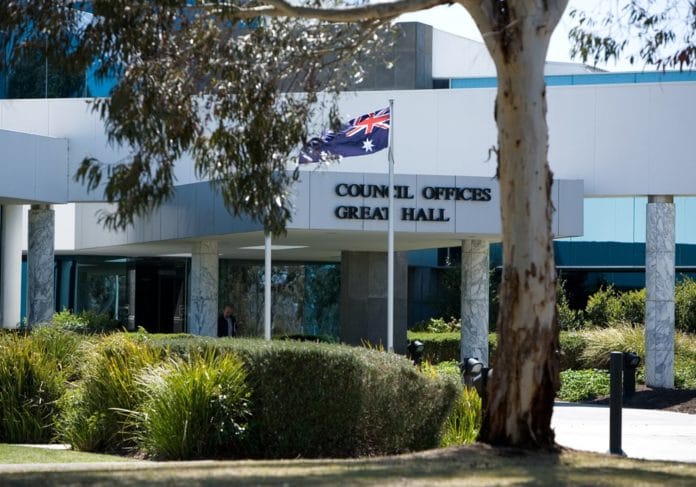 The City of Whittlesea has experienced a turbulent week since its decision to sack its chief executive – the State Government has appointed a monitor and an investigation is now underway into bullying and leaked information.

Mayor Emilia Sterjova cancelled several public appearances since last Monday night’s council meeting where, in a confidential meeting, a majority of councillors voted to terminate Simon Overland’s contract, who had taken temporary leave from the council.
Mr Overland is the third chief executive to be sacked within three-and-a-half years.

The following day, Minister for Local Government Adem Somyurek announced a monitor would be appointed to oversee the council and its operations.

On Friday, Mr Somyurek announced Yehudi Blacher would be the official monitor.

“Mr Blacher has extensive experience in public administration, as well as serving as interim administrator for the City of Geelong – and will play an important role at the City of Whittlesea,” Mr Somyurek said.

Mr Blacher will look into councillor interactions with council staff, the maintenance of a safe workplace, the handling of confidential information and the effective delivery of services.
Details on which councillors voted in favour of Mr Overland’s dismissal cannot be released and the reasons why he was sacked have not been disclosed.

Last month, Mr Overland took leave, citing his ‘health and safety’ had been significantly affected, pointing the blame at ‘the behaviours of some councillors’.

It also coincided with Mr Overland preparing to testify at the ‘Lawyer X’ Royal Commission as the former police chief commissioner.

Cr Cox told the Review he was ‘absolutely blind-sided by the decision.’

“Simon retains my full confidence, there were many distraught staff at work today – it’s going to have a significant impact on the ongoing operations of council,” Cr Cox said.

The former mayor told the Review last week the situation was ‘totally chaotic’ – with some councillors verbally abusing and harassing executive leadership to lower management staff.
However, Cr Caz Monteleone, who says he is an ‘independent councillor without any political ties,’ spoke out in defence of the new mayor.

“From the moment of her election as mayor, there has been an orchestrated and vile attack on Cr Sterjova’s character and leadership by an ‘old guard’ faction within council,” he said.

“The petulance that is bordering on hysteria since the election of Cr Sterjova as the City of Whittlesea and Australia’s youngest mayor has been ugly, personal and distasteful.”

Cr Monteleone said claims of workplace bullying, chaos and dysfunction could not ‘be further from the truth’.

“The councillors responsible for hiring and firing CEOs, the shocking waste of money and shocking distress to staff – they should sack themselves,” she said.

“We have a cabal of councillors who somehow think it’s appropriate to have four CEO’s in three and a half years – I call on those councillors to reveal how much the hiring and firing has cost ratepayers.”

Federal Member for McEwen Rob Mitchell said council had shown a ‘complete lack of integrity’ and had given up the work of local government in favour of wasting time, energy and taxpayer dollars on dysfunction.

“We have genuine issues of local amenities not keeping up with our growing population, we see vital community services forced to wait on this warring council to get their important work done, all while the ones who are suffering are our communities and very importantly, the many staff experiencing undue stress and unreasonable work expectations,” he said.
“Mayor Sterjova must come out and face the community, answer honestly as to what secret deals have been done and allow her fellow councillors to speak about their views.”

Cr Sterjova issued the following statement:
“I welcome the Minister for Local Government’s announcement to appoint a monitor. This appointment reflects council’s operations over the past four years, not the past four weeks.
“I intend to fully co-operate with the monitor’s review of council’s governance, procedures and processes and I would encourage my fellow councillors to do the same.”