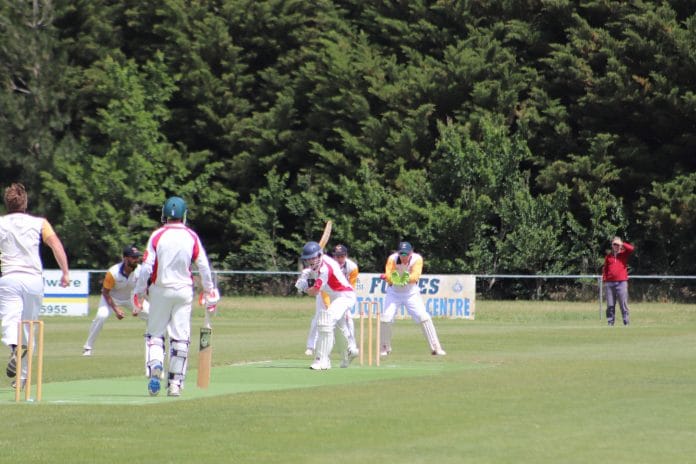 WALLAN Cricket Club is looking to make amends after being bowled out for 100 in Saturday’s clash against Sunbury Kangaroos.

The second of the two-day Johnstone Shield match didn’t go according to plan for the team, with Sunbury coming out on top with 143 runs.

Coach Chris Vecchie said although there was some strong fielding from Wallan, the team was unable to get the 124 runs they needed.

“Last week we bowled and caught really well, but we couldn’t get any partnerships in the end unfortunately,” he said.

“On a positive, Ryan Cumberland and Spencer Whittingham dug in there and tried their best – they kept taking wickets for the team.

“The boys are hurting a bit from the loss but hopefully they can get Sunbury United next game.”

The coach said the team would concentrate on batting this week during the lead up to this Saturday’s match.

“It’s a pretty even competition and every game’s a tough game,” Vecchie said.

In the McIntyre Cup competition, Bacchus Marsh took down Romsey who was bowled out at 298 runs.

Bacchus Marsh responded with 8/309 to win the match.

Romsey sits behind Bacchus Marsh in fourth place. Gisborne and Diggers Rest remain first and second on the GDCA ladder.