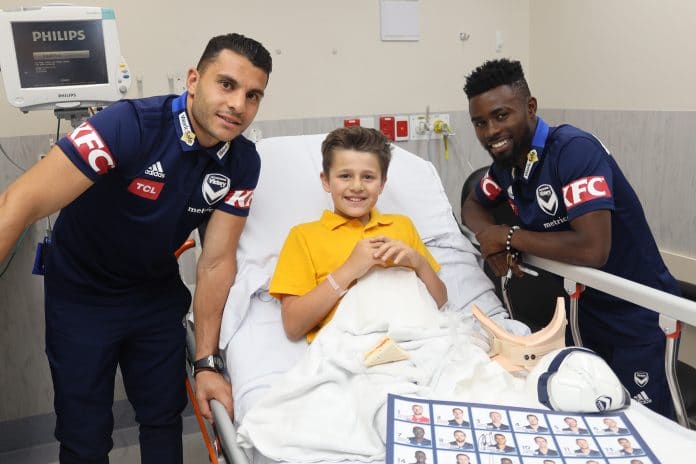 Players posed for photos, signed autographs and even played kick to kick with some of their fans, raising the spirits of patients and families.

Children’s ward nurse unit manager Courtney Lowry said it was fantastic to have the Melbourne Victory players visit the children in the ward.

“It’s lovely to see the kids’ excitement and smiles on their faces which makes their hospital stay that little bit easier. We even had one boy not wanting to be discharged home just so he could meet the players,” Ms Lowry said.

Turosi marketing manager Pina Di Donato said the best partnerships were the ones where they could work together to benefit the community.

“We are proud to partner with Melbourne Victory FC in a way that brings such joy to the patients and staff at the Northern Hospital,” he said.

Turosi’s Foundation, Turosi Giving, also donated $10,000 to Northern Health Foundation for the purchase of medical equipment in the children’s ward.