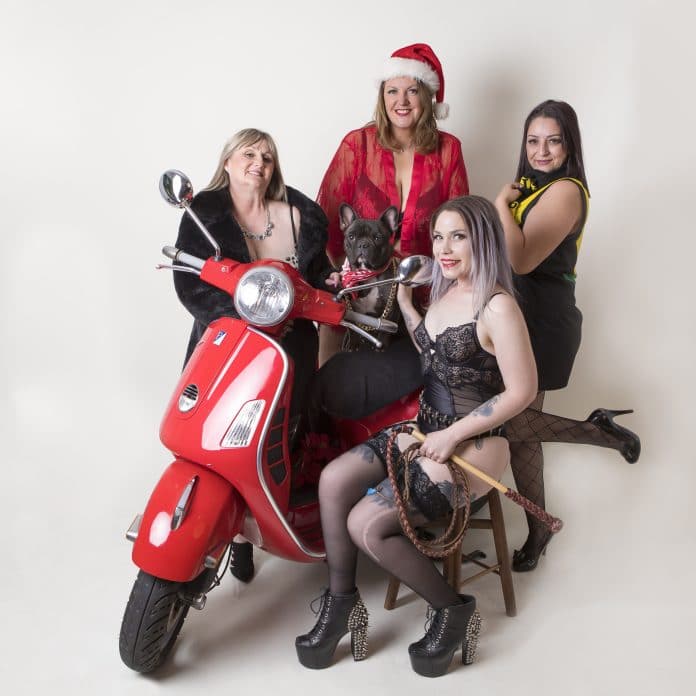 DOG groomers of the northern suburbs have come together and tastefully gotten their gear off for charity.

Six dog grooming companies came together to make a fun 2020 calendar with money raised being donated to two dog rescue organisations Rescued With Love and Starting Over Dog Rescue.

“I said to some of the ladies from the northern grooming group to do one for the groomers and raise it for the dog charities,” she said.

“It was almost just in jest and then the others said let’s do it and before we knew it we’d organised some photographers.

“Both charities are long-time charities that have done a lot of work with the local area and we’re quite happy to support their work.”

Ms Wileman said the group wanted to do it because it was a cheap way to raise money for the charities at Christmas time with the calendars costing $10 each.

“The calendars are tasteful and lots of fun with the whole idea being just to promote the dog charities and raise well needed funds throughout the Christmas period,” she said.

Calendars can be purchased from the dog grooming studios or in Whittlesea from AMCAL Pharmacy or Olivia’s café, both located on Church Street.

The groomers have printed 200 calendars and hope to sell them all.

“Once we sell all the calendars we’ll disclose what we made and then we’ll have the presentation of the cheque,” Ms Wileman said.

Both charities were delighted to have the calendars raising money for for their organisations.

“We are thrilled and humbled to receive such wonderful support from the lovely grooming girls,” Rescued With Love president Kae Norman said.

“We know they do an amazing job – and share our beliefs with regard to rescuing those in need.”

The shoot featured volunteer groomers who each came up with their own ideas and photographers assisted with the two-night shoot.

“Everyone brought their own props for the shoot and everyone got to choose whatever month they wanted to do,” Ms Wileman said.

The calendar features images of one of the groomers and a dog dressed to suit the theme.
Themes include donning of black and yellow in Richmond Tigers style in an AFL-themed September photo and a Royal family themed photo, including crowns and an extravagant cape for June.