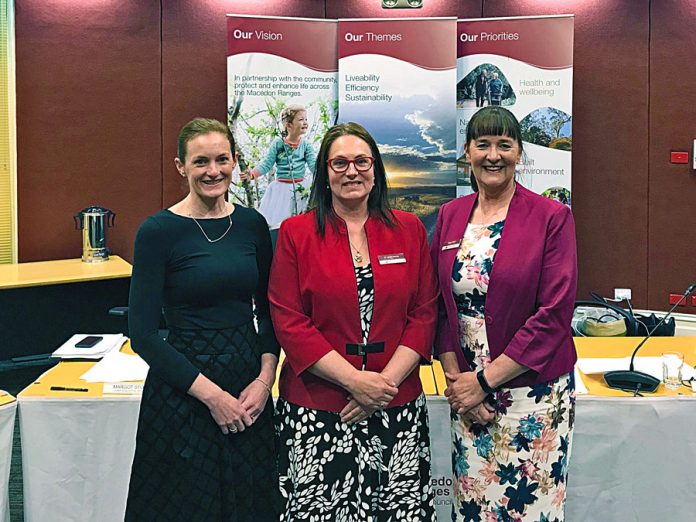 Cr Pearce, a west ward councillor, was first elected to council in 2016.

“I want to thank the councillors obviously for having the faith to support me to continue for another year – it’s a privilege.”

Cr Pearce said the council have some “big projects in the pipeline” but were going to focus on their strategic vision and priorities for their council plan.

She said she valued working with the community and providing advocacy for issues to other agencies and levels of government that are important for Macedon community.

Leading into the final term, Cr Pearce said the council would gather together to see what they had done.

“We have to see where we’ve come in three years and make sure that what we’ve achieved or finalised will put us into a really good position for the next term,” Cr Pearce said.

Cr Pearce said there had been many highlights of the past year and many achievements the council had made.

“Obviously we’ve got a lot of highlights of what we’ve achieved especially in waste and resource recovery,” she said.

“We’ve made some innovative and brave decisions and we’re moving forward with that.”

The council has environment team are reporting back yearly on the environment and includes areas such as their climate change strategy.

Cr Pearce also said the council were leading the way with community reforms.

“What I’m really pleased with is that in the last budget we put on a community consultation officer,” Cr Pearce said.

“We know the importance of a community engagement network.

“We have a really good process with ‘Have Your Say’ which is online and a lot of community feedback workshops.”

New reforms, like the Early Years Strategy, involve workshops and pop-up sessions for the community to attend and Cr Pearce will attend one of the workshops.

“For me one of the most enjoyable things this past year has been being able to attend so many community events and hearing people’s stories and being able to acknowledge volunteers and what they’re doing,” Cr Pearce said.

Former site of Mernda Primary School to be subdivided into residential...