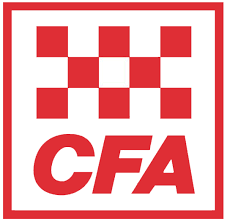 A FIRE sparked along the Hume Freeway on Friday, closing both lanes north and south bound and Broadford-Wandong Road.

Seymour District 12 Headquarters commander Tim McKern said he believed the fire was caused as a result of vehicle mechanical failure and is not being treated as suspicious.

“The vehicle was moving along trailing a caravan so it sparked the four fires as it moved along the road. The driver was unaware their vehicle had started the fires,” Mr McKern said.

The windy conditions played a major role in the movement of the fire as it spread across 1.4 kilometres.

Wandong captain Yorin Miller said the second blaze was ignited close to 60 metres east of the initial fire as a result of the wind.

“The fire spotting from the centre median strip of the Hume Freeway to an area near Broadford-Wandong Road, which had grown to 10 metres by five metres in size by the time it was extinguished,” Mr Miller said.

“Wind was our biggest concern because it had swirled around a lot and was quite gusty at times.

“All personnel were proactive in their fire attack and we were able to prevent the fire from causing much damage.”

Firefighters were able to control the fire by 3.28pm as one lane was opened in both the north and south bound roads at a reduced speed. Both lanes were re-opened about 5pm.

Mr McKern said the CFA encouraged people to check the mechanical soundness of their caravans or trailers before they travel.

Pushing for a cause