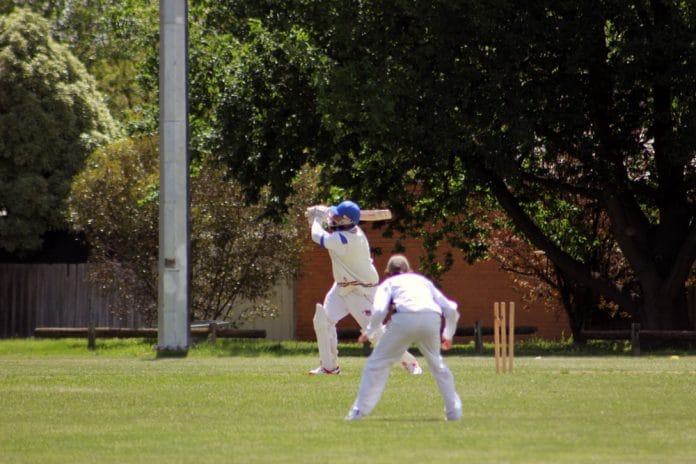 After Hurstbridge set a large target on day one, Whittlesea wasn’t able to get the win in its two-day Diamond Valley Cricket Association Mash Shield match at home.

Hurstbridge declared at 7/255 from 73.1 overs after rain stopped play late on day one, winning by 106 runs.

The visitors were able to put together a series of strong partnerships to guide them to the strong score.

Damon Earp top-scored with 43 while wicketkeeper Sahan Wijesiri made 40.

Whittlesea made a solid start to the innings with Mitch Komen and Nathan Somerville putting together a 53-run opening partnership before Komen was bowled by Daniel Sadowy for 40.

Somerville was run out soon after and suddenly Whittlesea was 3/57.

Yasith De Silva’s 30 kept the scoreboard ticking but batsmen weren’t able to stay at the crease.

Seventeen-year-old Zack Ferguson, 27 not out, tried to keep Whittlesea in it, but he ran out of partners as his side was bowled out for 149 from 63 overs.

Whittlesea captain Rodney Pratt said it was a disappointing loss after a solid start with the bat.

“We seemed to lose wickets in clumps which halts your momentum. From then on, they pretty much strangled us and didn’t let us back in the game,” he said.

“We fought back well with the ball, we never let them get out of our grasp but our batting let us down.

“Zack’s only 17, he played against his natural game and was able to bat for 25 to 30 overs and stopped us from being sent in again so he did well.”

Laurimar wasn’t able to get the outright win but secured the six points in their two-day Mash Shield match against Greensborough.

Laurimar bowled out Greensborough for 158 on day one and finished the day 0/84 at stumps with captain Jake Zerella on 58 not out and Daniel Roberts on 25 not out.

Zerella didn’t last much longer on day two, falling for 61 at 1/92. Roberts and Ashley Williams (23) added another 29 as Laurimar pushed the pace.

Roberts was eventually dismissed for 46 with Laurimar 4/145.

With time of the essence, the Power declared at 6/159 from 45 overs to give themselves as much time as possible to bowl Greensborough out again.

Laurimar got halfway there, but the visitors stuck it out, finishing at 5/96 when stumps was called after 23.4 overs.

Nathan Woods (2/29 from nine overs) and Chris Marienfield (2/42 from five overs) both bowled well for Laurimar.

Despite a strong day one total, Mernda wasn’t able to get a result out of its two-day Money Shield match against Lower Plenty.

Playing away, Mernda elected to bat first and declared at 8/233 from 74 overs after continuing their innings on day two.

After sitting on 88 not out overnight with the Demons 8/197, Mitchell Harris made his century and finished the innings on 105 not out.

Mernda struck early with the ball, taking three quick wickets to have the hosts in trouble at 3/33.

Andy Peters (46) and Brent Zerafa (24) put together a 49-run partnership that steadied the ship for Lower Plenty.