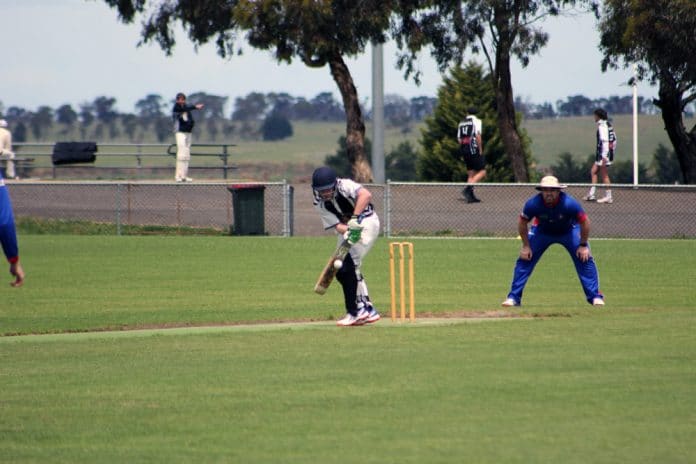 Wallan has jumped to third on the Johnstone Shield ladder with an 89-run win over Macedon on Saturday.

Missing a few of their better players, Macedon won the toss and sent the Magpies in to bat on their home deck, but the hosts were able to make a solid start.

Openers Kieran Atkin (27) and Jarrod Jones (45) combined for a 47-run partnership before Atkin was dismissed leg before wicket.

Regan’s wicket triggered a middle-order collapse as Wallan lost their next five wickets for 23 runs.

Tailenders Harkanwarpreet Singh, 14 not out, and Steve Bell, six not out, were able to hold on to the last wicket, putting together 20 runs as Wallan finished at 9/192 from 40 overs.

Wallan were on fire with the ball early, as playing coach Chris Vecchie took back-to-back wickets to have Macedon 2/2.

Opener Ryan Thomas (18) and Patrick Doyle (36) steadied the ship for Macedon with a 46-run partnership, before Doyle was caught off the bowling of Singh.

Darcy Doyle fell soon after, leading to a collapse as Macedon fell to 7/66.

Macedon’s tail was able to put together some runs, before Ryan Cumberland also took back-to-back wickets.

The visitors ran out of time, finishing the innings 89 runs short of the total with one wicket in hand.

Wallan coach Chris Vecchie said the team was focused on bouncing back and returning to the winners’ list.

“It was really good to see young Jarrod Jones open for us and bat well. It was a really good innings for him,” he said.

“With the rain delays, if we had one more delay, we would’ve had a draw. Macedon looked like they shut up shop and were playing for another delay.

“Looking forward, we’ve got the undefeated Bacchus over there next week which will be a good test and we’re all looking forward to it.”

Wallan District Cricket Club has named an extended squad of 18 for its team of the half-century, with the final 12 to be selected at the club’s 50th Anniversary Gala Dinner on November 16.

Wood to lead A Grade