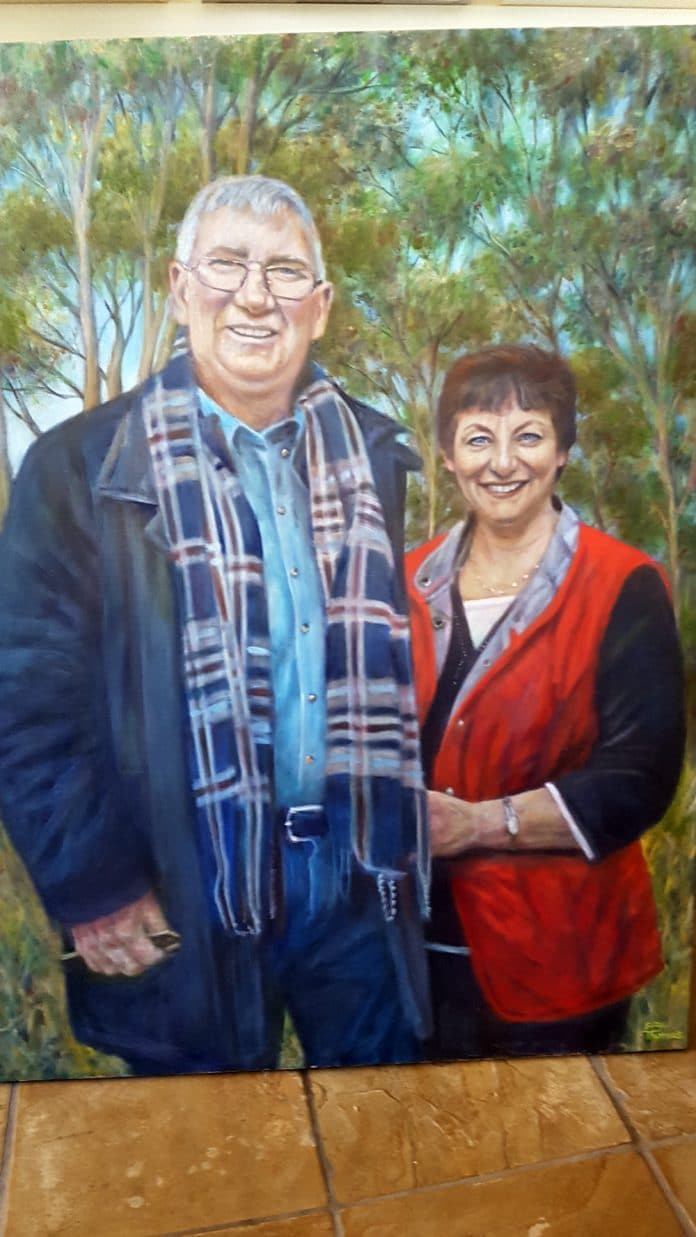 BlazeAid founders Kevin and Rhonda Butler have been honoured by artist Suze Thomas with an oil portrait as part of her ‘optimism and gratitude’ themed exhibition.

The portraits and stories seek not only to highlight the incredible acts of altruism in the community, but also to uplift the everyday heroes whose stories inspire people to reflect on their own sense of optimism and gratitude.

Ms Thomas said she chose to paint the Kilmore East couple after hearing of their exploits by listening to Jon Faine on ABC Radio.

“When there are disasters such as fires, floods or droughts, I’ve always known to look for the helpers,” she said.

“You always look for the helpers because they bring out the good in the face of disaster and Kevin and Rhonda are definitely those.

“Kevin and Rhonda, among others, are selfless people and should be promoted because they’re usually so humble so it’s nice to raise awareness towards people like that.”

The Butlers are among 15 other subjects recognised by Ms Thomas, including her father and Jake Edwards from Outside the Locker Room, an organisation that provides support and mentorship to athletes.

Mr Butler said he and Ms Butler were chuffed to be the subject of Ms Thomas’ painting.

“It really is an amazing honour and thanks to Amy Hume who wrote the front page story in the Review and took the original photo in 2015 when we were awarded the Order of Australia Medal,” he said.

“Suze is an incredibly skilled artist and I don’t know where the painting will end up but it really is a massive honour to have that happen.

“Rhonda and I just push the buttons but there are 30,000 volunteers that do all the work so I wish their names were on everything we say and do.

“It’s one of the nicest things anyone could do for someone, we’re trying hard to help people and it’s lovely recognition.”

Kilmore Bowls Club’s Hudson Park future up in the air