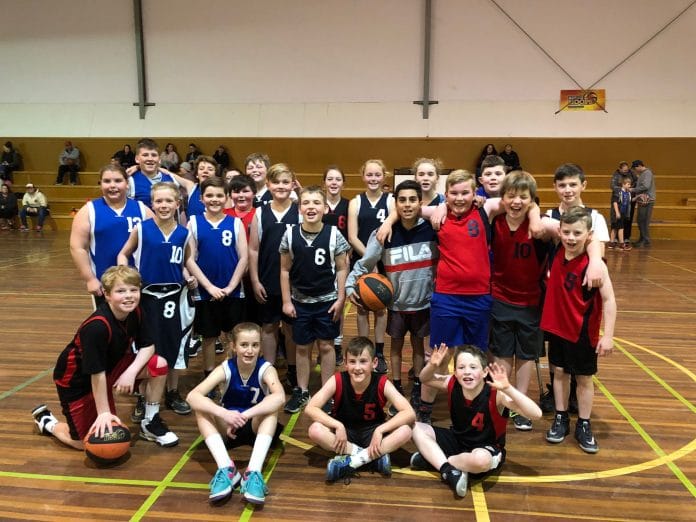 After a successful inaugural winter season, Broadford Basketball is preparing to take the court for its 2019-20 summer season.

About 30 children participated in the first season, across four teams in a 12 and under age group, with many participating in basketball for the first time.

“Now we’ve got registrations open for our summer season so we’re at least looking to get a 12 and under age group but we’re open to other age groups if registrations come through as well,” he said.

While the first season had some growing pains as many children weren’t used to playing organised basketball and running out 40-minute games, Annett said by halfway through the season, everyone was adapting well.

“We had a training session before every game so the kids were able to spend time with their coach and their team,” he said.

“I think that was really beneficial in the long run because by the end of the season, we had kids who weren’t comfortable doing things on the court that were able to dribble coast-to-coast and put up some shots so it was really fun to watch the progression.”

Annett said the reaction from parents had been great and they had supported the competition, but the organisers could always use more volunteers, coaches and referees.

“Broadford had a competition years ago and it dropped away because of numbers and volunteer help so I think everyone’s enjoying having the competition back,” he said.

“The volunteer help has been fantastic and there are a lot of really helpful parents that have taken on roles to help make the competition a sustainable one.”

Aussie Hoops is also available for ages five to eight to learn the basics of the game.

To register to play or volunteer, visit facebook.com/BroadfordBall or contact Hayden Annett at hayden.annett@bvcc.net.au or on 0413 307 752.