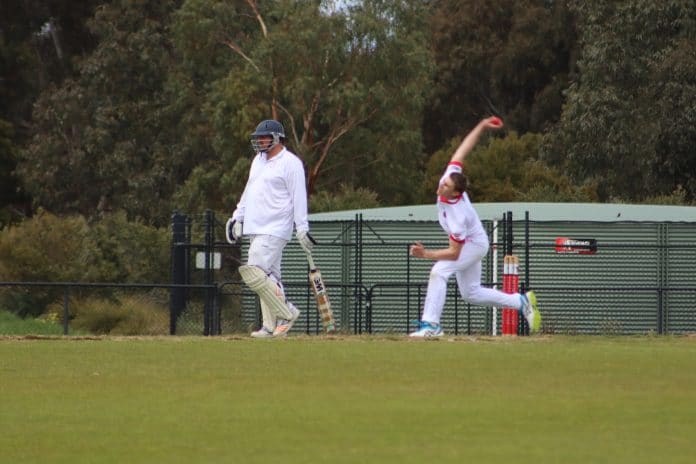 Despite a strong first day, Mernda wasn’t able to get the win over Lalor Stars in their two-day Diamond Valley Cricket Association Money Shield match, falling by four wickets.

After losing opener Damien Stevens for a duck early, Dean Shaw (47) and 16-year-old First XI debutant Alex Mitris (28) put together a 67-run partnership for the second wicket before Shaw was caught out.

Stuart Wright steadied the ship for Mernda, making 59 with nine boundaries before his wicket fell at 9/192.

Karl Heckmann did the bulk of the damage for Lalor, taking 3/49 from 18 overs with six maidens, while Luca Gioskos had a quick-fire 2/24 from an eight-over spell.

The visitors were in trouble early, falling to 2/12 but were able to gather a little momentum with a 33-run third-wicket partnership before Josh Nixon (60) entered and combined with Steven Kemp for a 114-run partnership.

Kemp top-scored for Lalor, making 74 with eight boundaries before being dismissed LBW by Josh Delaney, while Nixon was caught by captain James Taylor off the bowling of Lachlan Taylor (3/27) soon after.

Losing just one more wicket, Lalor kept the scoreboard ticking over on its way to victory.

Mernda captain James Taylor said his side was in a good position but couldn’t hold on.

“We put ourselves in a position to have a good chance of winning but unfortunately we couldn’t. We were good for periods but not for long enough,” he said.

“Batting our 80 overs was good. On the bowling side, our youngest bowler Lachy Taylor was great. We were restricting them well for periods which was pleasing, but our challenge now is to do it for longer and take more chances.

“It’s round one of a long season so we’ll learn from our mistakes and take a fresh start into the next match.”

Laurimar easily defended its 300-run day one total, skittling South Morang for just 109 from 40 overs in their Mash Shield match.

After a reasonable opening partnership, Laurimar started to take wickets with each with the next four falling for just 44 runs.

Chris Marienfeld stormed through South Morang’s middle order, completing a hat-trick on his way to a five-for that sealed the win for the Power.

Bundoora Park were bowled out for 385 on day one with Ramindu Nikeshala making 115.

Whittlesea was up against it all day, falling to 3/28 early.

Rajitha Mendis (54) and Braydon Avola (43) did their best in tough circumstances but it wasn’t enough for the win.