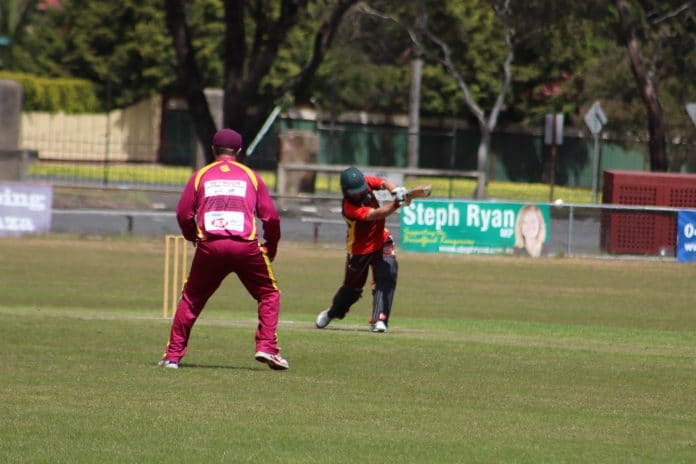 Broadford nabbed its first points of the Seymour District Cricket Association season, with a 65-run win over Seymour at Harley Hammond Reserve on Saturday.

Broadford won the toss and elected to bat but were under pressure early, falling to 2/21 before Braden Hickey and Liam Collier (18) combined for a 60-run third-wicket partnership.

Hickey top-scored for Broadford before being caught off the bowling of Brock Boddington (2/28) with 50 runs to his name.

Lachlan Drummond led Seymour’s bowling attack with 2/25 from nine overs with one maiden.

Seymour had somewhat of a shaky start to its innings, quickly falling to 2/30 before Drummond (31)

and Brodey Pointon (18) put together a 45-run partnership.

The wicket of Drummond, caught by Jack Connell off the bowling of Braden Hickey (2/18), was the beginning of the end for Seymour.

The visitors lost their next four wickets for just 10 runs before being bowled out for 111 after 41 overs.

Connell led Broadford’s attack with 3/13 from nine over with three maidens while Blair Hobba was efficient in his six overs with figures of 3/22.

“We had a good partnership early with Hickey and Collier then we lost a couple wickets in the middle and were in a bit of trouble but from there they did really well in the last 15 overs by working the ball around,” he said.

“Seymour batted really well early on and put us under pressure. Fortunately we were able to continually get wickets and put the pressure back on them.

“Jack bowled extraordinarily well. He opened the bowling with great line and length and Blair bowled to the tail and finished the innings which was very pleasing.

“We’ve got Eastern Hill away next and they’re always pretty strong so hopefully we can put another one together and set ourselves up for a really good season.”

Tallarook remains undefeated after a comfortable nine-wicket win over Kilmore at Kilmore Cricket Ground on Saturday.

Tallarook remain undefeated in their SDCA title defence after a win over Kilmore.

Kilmore set a total of 116 after being bowled out with one ball remaining in their innings.

Josh Buttler top-scored with 33 before being caught and bowled by Leigh Irving (2/7).

Tallarook made quick work of the run chase, getting the job done in 31 overs.

Mitchell Itter top-scored with 59 and was the only wicket to fall for Tallarook.

It was a short day for Yea Tigers with a seven-wicket demolition of Eastern Hill at Kings Park. The hosts were bowled out for just 65 from 34/3 overs as wickets fell with regularity.

It took the visitors just half of the allotted overs to reach their target as Yea reached the target after 23.3 overs.

Broadford back on top