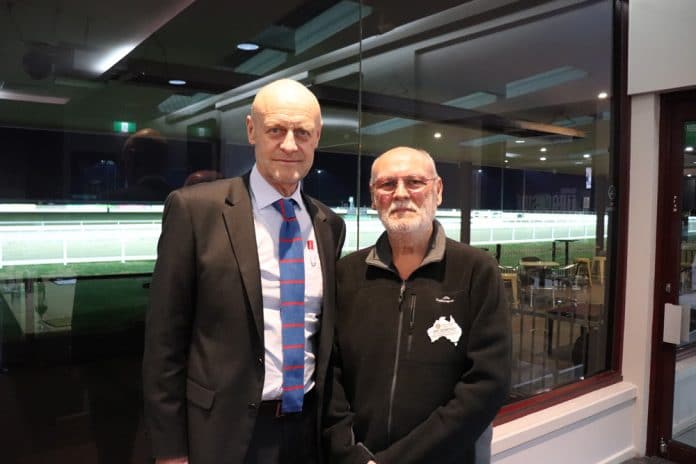 IAN Dempsey, who survived a liver transplant in 2012, reunited with the man who saved his life last week.

“It was great to introduce Dr Jones to the Rotary Club – we had the highest turn out and his speech was so interesting,” Mr Dempsey said.

Mr Dempsey was living in Kununurra, Western Australia in 2010 when he fell ill –
experiencing complete blackouts.

We was advised to return to Victoria for specialist treatment at the Austin Hospital, where he met Dr Jones.

“I had turned completely yellow, my skin, my eyes when it came around to 2012 and I went under the knife. The next day, with a new liver, my eyes had gone back to a white colour – it’s incredible what a liver transplant can do.”

The Professorial Fellow of the University of Melbourne also explained how sick patients could become without a functioning liver.

“It’s amazing how even the next day after surgery, the patient’s life is completely changed and they feel and look immediately better.”

Mr Dempsey said he was glad the event was a success.

“One of the members was shocked to hear I had had a liver transplant – it’s not something I hide – but it’s great to raise awareness about the issue,” Mr Dempsey said.