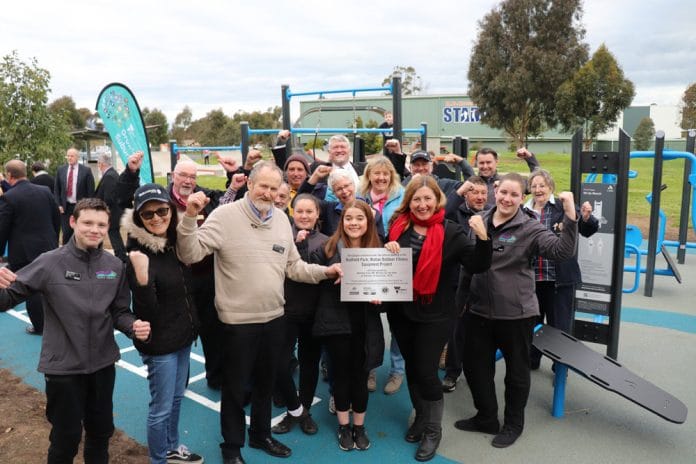 A NEW outdoor fitness station in Hadfield Park, Wallan was revealed to the public last week to encourage residents to keep fit and healthy.

It’s one of two stations ready to go in the Mitchell Shire, with the second site to be constructed in Kilmore later this year.

“Physical exercise helps improve mental and physical health of people.  This is something the Youth Council are very passionate about,” Youth Mayor Ebony Layley said.

The site was mostly funded by the State Government with $142,000 going towards the project through their Growing Suburbs Fund.

Member for Yan Yean Danielle Green spoke at the event, saying she was passionate about health and fitness.

“I lost my dad to a fatal heart attack at only 44, that happened on the cricket field – those days we were probably a bit more fitter, we played more sport and we didn’t have as much around our middles as we may do now,” Ms Green said.

“The northern and outer suburbs of Melbourne have some of the highest rates of heart disease which really, really shocked me.

“It’s great that all ages can be involved in fitness and not have to pay a cent. I thank the Youth Council for their initiative for putting forward an application to use the Growing Suburbs Fund.”

Mayor Bill Chisholm said staying active and connected is all part of being a resilient and strong community.

“Council’s goal is to make this a vibrant, liveable community for all,” Mr Chisholm said.

Coming together for volunteering