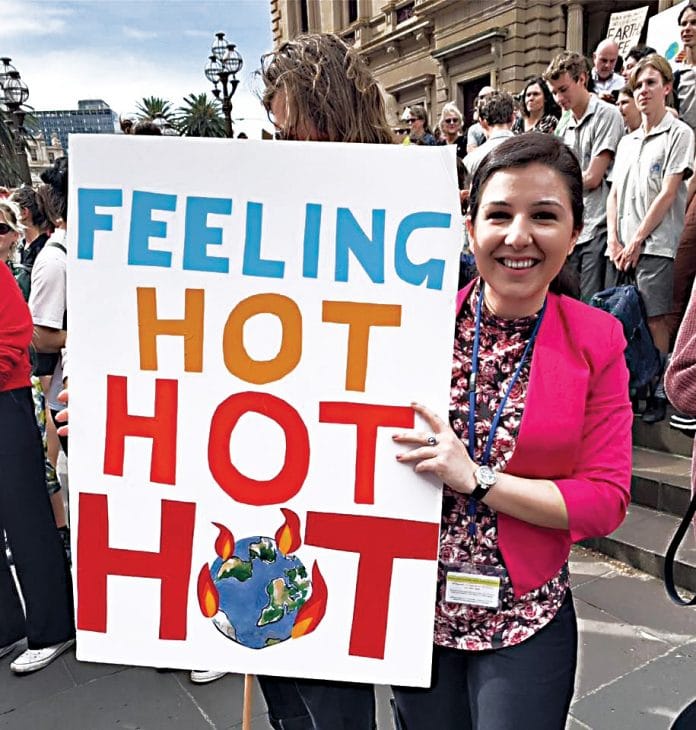 ENVIRONMENTAL issues are at the forefront of Whittlesea councillor Emilia Sterjova’s mind after attending the climate strike last Friday.

“It was incredible to be a part of the rally,” Cr Sterjova said.

“As a country, we’re not doing enough about it, I’ll be doing anything I can from a local level to help.”

Cr Sterjova was 19 when she was elected to represent the North Ward of the municipality in 2016, making her the youngest ever councillor for the City of Whittlesea.

“There are three key issues I’ve been pushing for at council relating to environmental issues,” she said.

“Last year I moved a motion for all single use plastic at council events to be banned.

“We had wonderful volunteers washing reusable dishes instead of using disposable cutlery at all council events.”

The North Ward councillor said she was also currently working on creating a pledge for takeaway shops to encourage customers to bring their own containers – a motion that has traction pending a report on food handling safety.

“It’ll mean these business can hang up a certificate saying they accept reusable containers and we could promote these businesses on council’s website and show which shops are being environmentally friendly.”

At the September council meeting, Cr Sterjova supported trialling a food waste diversion plan that will begin in October.

The trial comes as a response to the recycling disaster that has affected over 32 councils around Melbourne.

Around 40 per cent of normal rubbish bins contain food waste that goes directly to landfill, creating enormous concerns in relation to greenhouse gasses.

“I thought it would be great to drive this trial through council – it’s important we look at alternatives to dumping rubbish in the tip,” Cr Sterjova said.