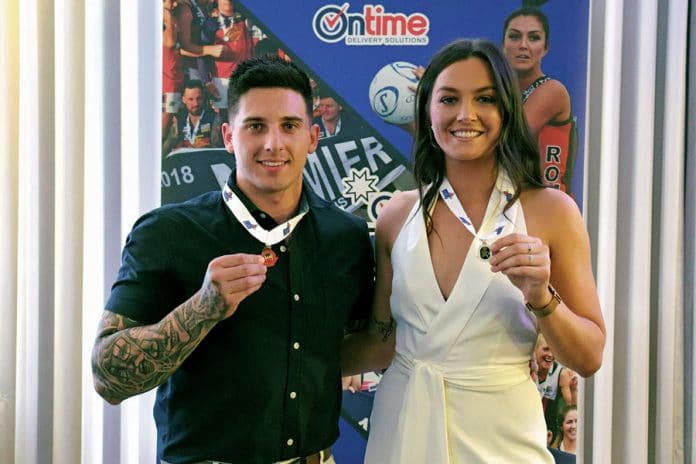 Caruana racked up 28 votes until round 16, winning ahead of Broadford’s Rhys Gardner.

Caruana credited his standout season to a reinvigorated passion for football and paid tribute to the club’s strength and conditioning coach Neil Stallbaum, who helped him get fit for season 2019.

Caruana said he was overwhelmed by the awards he won on the night, which included the Bowen medal, Player of the Year by the league’s coaches and

“It’s obviously a bit humbling to be voted by the umpires as the best player. I just go out there, no one plays for these kinds of awards but it’s nice to get recognised,” he said.

“I was a little bit nervous coming in, I had a few people coming up to me saying I was their tip for tonight but I didn’t believe it. I just thought I would come and enjoy the night and see what happens.”

Symes said she was shocked to win the award.

“As a defender, you don’t really expect to get much of the glory but it’s kind of nice but yeah, I was very shocked,” she said.

“I didn’t expect to win by so much because there’s such an amazing calibre of athletes in our league.

“I thought I might be up for another team of the year and I was pretty happy with that but now I’m stoked.”