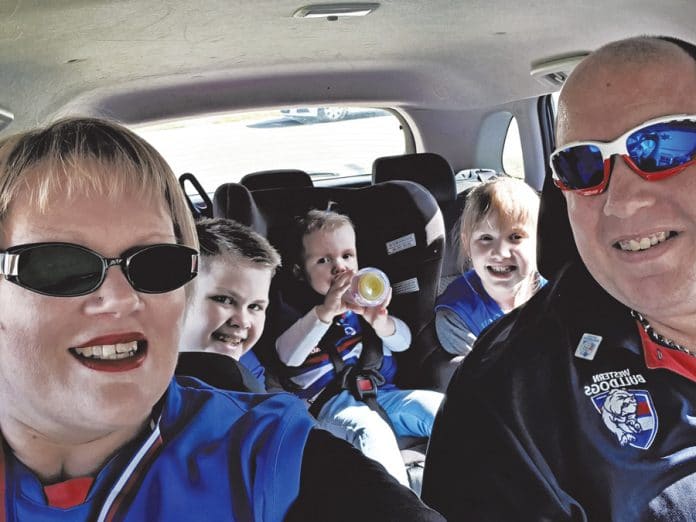 A Wallan family is now struggling after their car was stolen last week, allegedly by a man hailed a hero last year.

Police allege Michael Rogers, known as ‘Trolley Man’, stole a car from Wallan last Sunday, later crashing it on the Hume Freeway in Mickleham at 3am.

A police sniffer dog located Mr Rogers, 46, in a nearby paddock where he fled to after the crash.

Mr Rogers hit the spotlight in November last year after he rammed a terrorist with a shopping trolley during a Bourke Street attacks.Following the incident, he received social media praise, and more than $140,000 was raised for him through a GoFundMe page.

Police were quick to mention in the days following the attack that Mr Rogers, then homeless, was known to them, and police wanted to speak with him regarding a breach of bail conditions and burglaries.

He was later sentenced to 75 days behind bars, the majority of which he had already served – leaving him with 12 days before he was released.

Now, the Wallan family whose car was stolen, has spoken out on how the crime has affected their family.

Marc McCormick told the Review the car was his family’s lifeline.

“In 2012 I suffered from a workplace injury leaving me with a disability, the car allowed me to access the outside world while I study in order to get back into the workforce,” he said.

“My wife Mel is eight weeks away from giving birth to our fourth child.

“Once the baby is born, our second car will no longer be big enough for our family.

“We now have to choose between picking up the kids early from school or cancelling appointments for our autistic 11-year-old.”

Insurance will cover only part of the stolen, now damaged Holden Captiva, and the family’s other car is not big enough to carry the entire family.

The soon to be father of four said putting money aside for a new car on Austudy and his wife’s carer’s pension would be difficult.

“Trolley Man was hailed a hero in the media, and given a chance to sort his life out,” Mr McCormick said.

“The public donated hand over fist to help him, and now, a year on, he is destroying the lives of a family at what should be the happiest times of our lives.”

A GoFundMe page has been set up to raise money for the McCormick family. To donate, visit www.gofundme.com/f/support-a-loving-family