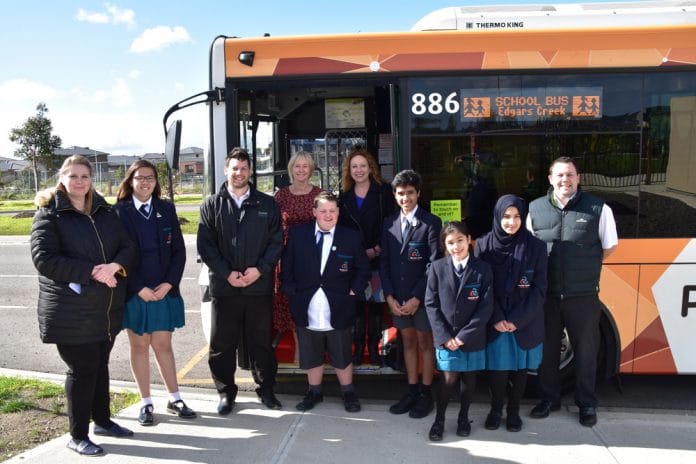 A NEW school bus service and an extension to a current route has been added for Wollert residents.

Member for Thomastown Bronwyn Halfpenny announced that Route 357 would be extended to run closer to Edgars Creek Secondary College from January 2020.

Previously, the closest bus route to the school is Route 385, which stops more than 900 metres from the school gate.

New and extended bus routes will give students living in the area easier and more reliable journeys to and from school.

The school bus will run one morning and one afternoon service each day, with the service beginning at the intersection of Pine Park Drive and Saltlake Boulevard in Wollert, and arriving at Edgars Creek Secondary College, doing the trip in reverse after the school bell in the afternoon.

The buses used will have low floors, allowing students with specific mobility requirements to easily use the service.

School bus service timetables will be made available for students by the school and Dysons buses by request.

Member for Thomastown Bronwyn Halfpenny said it was the first step in delivering a long-term solution for these students, giving them and their families more option to get to school.