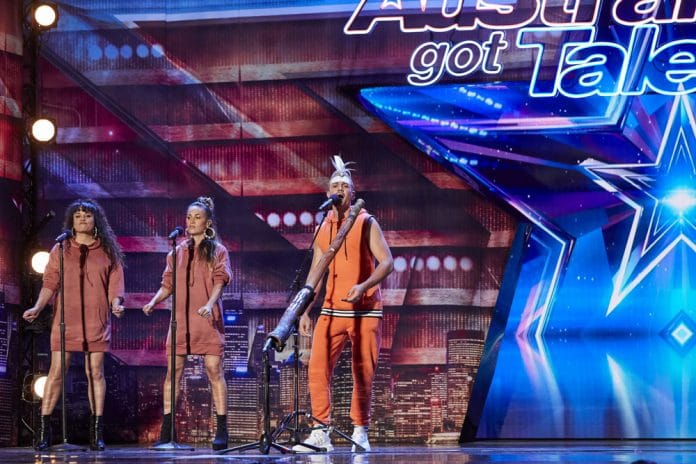 Originally from NSW but now living in Wollert, Mr Tambo said on stage he was there to showcase his beautiful Gamilaraay Language.

Judge Shane Jacobson, asked Mr Tambo why he chose to perform on Australia’s Got Talent.

The Wollert man replied saying it was a platform to show Australia and the world Aboriginal culture.

“Our culture is alive, it’s well, it’s breathing and it deserves to be showcased and celebrated,” Mr Tambo said.

The 29-year-old received a standing ovation from the audience with judge Shane Jacobson describing the performance as thousands of years old yet contemporary.

“Let’s just state it clear you made that stage your own, but then again, this country has been your own for a very long while, hasn’t it?” Mr Jacobson said.

Judge Nicole Scherzinger was brought to tears after the performance.

“You said before that this was a message of love and hope, and I felt it was like a warrior cry up there,” she said.

“I think you’re a true representative of Australia’s beauty, culture and talent.”

Ms Scherzinger hit the last of the ‘golden buzzers’ – which is hit when a judge believes a talent should progress straight to the semi-finals.