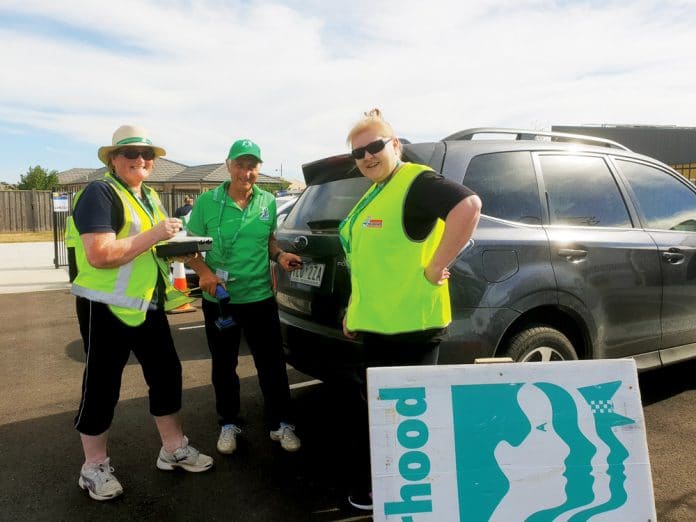 South Mitchell Neighbourhood Watch is helping to keep the community’s cars safe by giving out anti-theft screws to fit to number plates.

The group is planning a series of events throughout the shire to give away the screws with the first in Kilmore on Saturday.

The event will be at the supermarket car park on the corner of the Northern Highway and Clarke Street from 8am to 1pm.

The group will also host a fundraising sausage sizzle and offer a service of fitting the screws to number plates for a gold coin donation.

South Mitchell Neighbourhood Watch vice-president Carol van der Ree said the program was funded by a grant from the Department of Justice and Crime Prevention.

“Just this year alone, I think we’ve done about half a dozen events and we try and vary the community we hold them in,” she said.

“We go everywhere from Beveridge up to Broadford and we’re talking about doing a Seymour event because they don’t have a neighbourhood watch group.”

Since receiving the grant, Ms van der Ree estimates about 1500 cars had been fitted with the anti-theft screws, with just as many fitted before the grant.

“We’re probably averaging 100-200 cars per day but when you think about how many people and cars are in the shire, it’s only a fraction,” Ms van der Ree said.

“We’re talking about going to the train station in Wallan to help commuters because we think they’re vulnerable.”

“All monies raised through our fundraising will be put towards further education and our Junior Neighbourhood Watch Program, which is running in six of our local primary schools within the Mitchell Shire,” Ms van der Ree said.

“This program helps educate our children on how to be safe on the internet, out on the roads, how to identify crimes and what to do if you see a crime.”

Mitchell Shire residents can also collect the anti-theft screws from their nearest police station for a gold coin donation to the Neighbourhood Watch if they can’t attend one of the events.