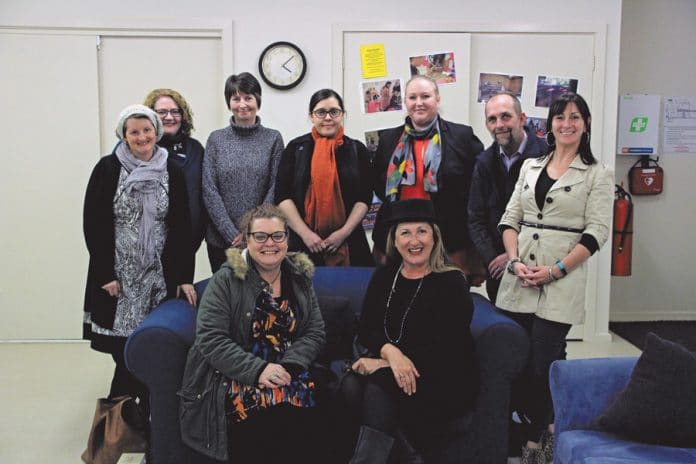 Residents in the southern part of the Murrindindi Shire will be able to continue accessing mental health services in Melbourne and the Goulburn Valley.

Ms Green made the announcement at a round-table meeting at Kinglake Neighbourhood House, with representatives from Murrindindi Shire Council and Ellimatta Youth Inc and residents from Flowerdale, Toolangi, and Kinglake.

Residents in the south of Murrindindi Shire and Goulburn Valley Health catchment found being sent to health services in Seymour and Shepparton was impacting health and recovery.

The catchments were initially relaxed following the 2009 Black Saturday fires.

“We’re so grateful to have a government that listens,” Kinglake Firefoxes representative Michelle Dunscombe said.

“This is the best outcome for Murrindindi residents in this region and they can now be reassured there is access to mental health supports and treatments when they need them and closer to home,” Ms Green said.

Ms Green said she was grateful for such a strong community and the accessibility would continue until at least April 2021.

With the interim report from the Royal Commission into Victoria’s Mental Health System due in November, Ms Green said the government could look at providing a different service following the commission’s recommendations.

“A relaxation of the catchments while we wait for that is good for people when they need help the most,” she said.

Murrindindi Cr Leigh Dunscombe, who represents the Kinglake Ward, said it was fantastic that mental health was being addressed in the state.

“We look forward to a more permanent solution once the findings of the royal commission are released,” he said.