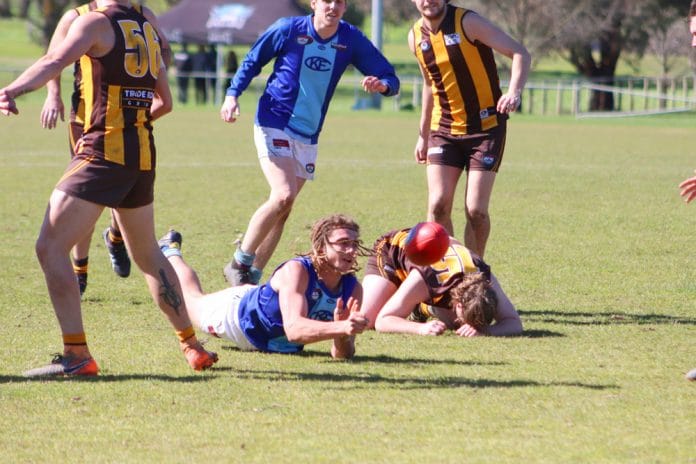 Kilmore’s season is over after suffering a 32-point loss to South Morang in its Northern Football Netball League division three semi-final on Sunday.

The Blues were in front early at Whittlesea Showgrounds, taking a four-point lead into quarter time with goals to Jaxson Kinnear and Leigh Irons while South Morang kicked two of their own.

Unfortunately, it was the last goal Kilmore kicked for more than an hour as the Lions piled on four goals in the second term to lead by 21 points at half-time.

Kilmore was goalless again in the third term as South Morang extended its lead to 25 points at three-quarter time.

The Blues were back on the scoreboard in the final term with Kinnear adding one last goal late in the piece after South Morang kicked two goals to open the quarter.

While the Blues’ summer break has started early, they should be in good stead for 2020 with several resignings already announced by the club.

South Morang advances to take on Laurimar at Whittlesea Showgrounds on Saturday with the winner meeting Panton Hill in the grand final.

Kilmore’s reserves are still alive despite a 65-point loss to Heidelberg West on Saturday.

The Blues kicked their only goal of the game in the opening term and failed to trouble the scorers from that point on.