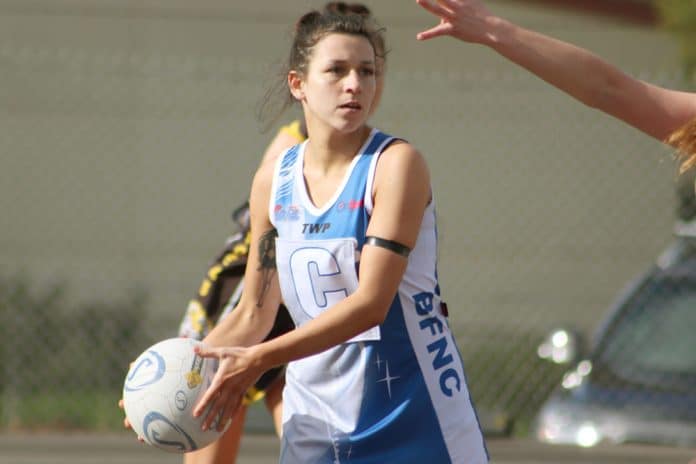 The Kangaroos, playing at home, led at every break thanks to standout performances from Michelle Williams, Kate Berger and Jacqueline Warriner.

Romsey was able to steal a crucial 41-38 win over Macedon at home.

The Redbacks trailed the second-placed Cats for three quarters but turned the game on its head in the fourth quarter.

Romsey was six goals down at half-time before missing just one shot on goal in a 14-10 third quarter to close the gap to two.

The Redbacks midcourt dominated the fourth quarter, barely allowing Macedon to get close to goals.

Romsey shooter Rebecca Hicks missed just two shots at goal all match on her way to 30 for the game, while Chelsea Ross missed just one of her 11 shots for 10 goals.

The Redbacks have locked up fourth-place but could jump to third with a win at Riddell this week and a Wallan loss.

The Magpies held their place on the ladder with a 41-29 win over Riddell at home.

Shooter Chloe Meulenmeesters dominated in the goal circle with 31 goals from 40 attempts.

She was aided by midcourter Chloe Coffin and defender Georgia Bowkett who both had standout games.

Wallan takes on Woodend Hesket this week and need to win to lock up third-place a home elimination final.