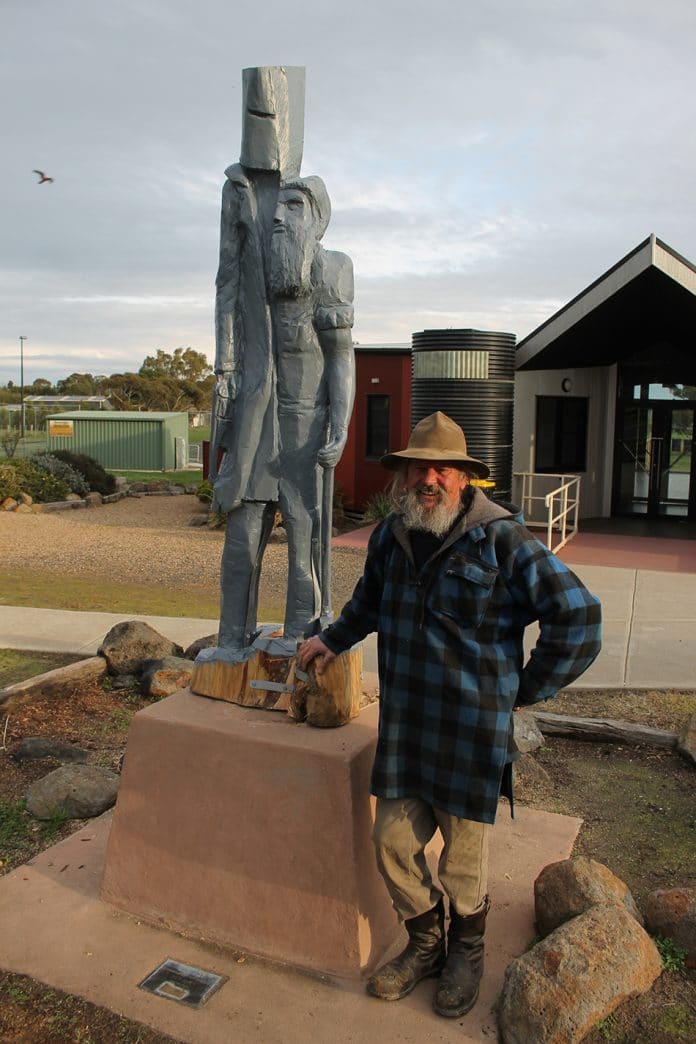 NED Kelly returned to Beveridge last week – the remade statue version that is.

Beveridge is known as the birthplace of the infamous bushranger, outlaw and gang leader.

Mr McClean created a new statue, with an entirely new design with added meaning, and installed it in front of the centre last week.

The new sculpture depicts two versions of Ned Kelly – not just the iconic version that Australia is familiar with.

Mr Mclean said the varied statue would dissuade future thieves from stealing the new one.

“This statue is different, it’s not just the iconic symbol that everyone knows him to be – or the armoured figure that everyone slaps on themselves as a tattoo,” he said.

“People wouldn’t want to steal this one because they’d be stealing the bloke from Beveridge – who’s a part of this town.”

“We were able to raise funds through renting out the hall at the community centre to commission the new statue.”

Mr Mclean said he was honoured to be asked to make the Ned Kelly statue again.

“What is it with thieves stealing thieves?” Mr McLean laughed.

“I was honoured, but sad to have to go over all the work again – the people who took it were greedy, they’re the only ones who get to enjoy it now.”

The new statue has reinforcing within it to stop anyone from cutting the statue down.

Outlining the lives and times of early settlers in Kilmore