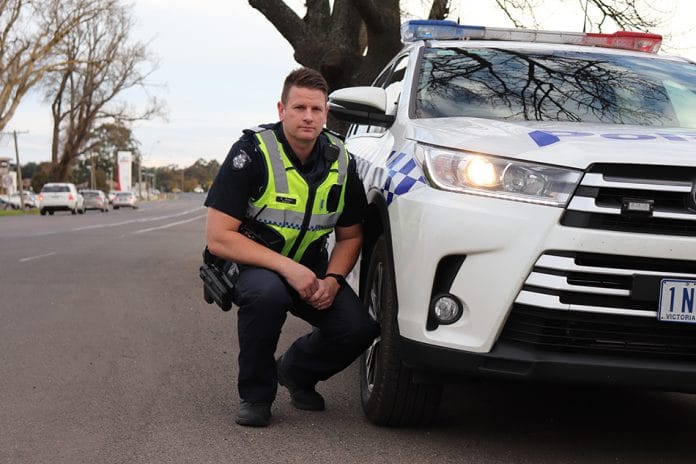 Kilmore police are on the lookout for drivers with defective headlights or not using the headlights properly, as part of Operation Nightlight.

Sergeant Kalev Jones said he started the operation after he noticed a lot of vehicles travelling through Kilmore with broken headlights.

“I noticed a lot of vehicles being driven through Kilmore with their headlights not working or with parking lights on instead of headlights,” he said.

“There were a number I noticed within half an hour so an operation was put together to educate people to put their headlights on or to fix and replace them.

“This is a rural area with a lot of wildlife and sometimes it can contribute to the road toll when people are driving in hazardous conditions without the correct lighting.”

The operation will continue until the end of winter as it’s the time of year headlights are used most with shorter days and inclement weather.

Sgt Jones said the operation wasn’t about revenue raising, but about educating drivers.

“We’re not there to take cars off the road. You often don’t know if a headlight or taillight is out until someone tells you, so we’re making sure that’s we’re doing,” he said.

“It falls into place with other defects that may be found on the vehicle. It’s at the members’ discretion but it’s more about education and notifying drivers that their lights aren’t working.”

“A defect doesn’t mean you’re getting fined or your car is off the road, you just may have to rectify it with a new globe,” he said.

The punishment for failing to have headlights on at night or in hazardous conditions, such as rain and fog, is $248 and the loss of one demerit point, likewise for failing to dip high beams for oncoming traffic.

City of Whittlesea will run a COVID-19 community briefing tonight